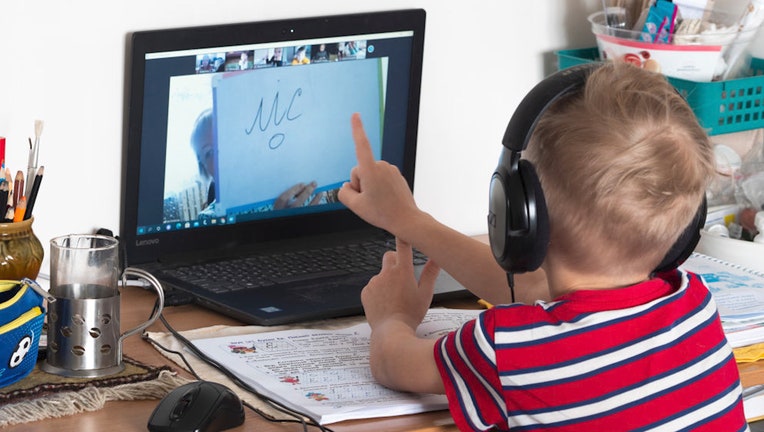 Spring is finally here and that means it’s time for kids to get a well-deserved break from virtual learning.

March 11 marked the one-year anniversary since the start of the COVID-19 pandemic.

Daily life changed for millions as businesses were shuttered, students had to resort to virtual learning and adults adjusted to working from home.

Spring break for many usually means family vacations and parties on the beach, but during a time when millions of people have died across the globe due to a new virus, vacations are taking on a new form.

As mass vaccinations continue to roll out throughout the country and world, health experts are continuing to caution people against letting their guards down prematurely when it comes to preventative health measures such as social distancing and mask-wearing.

So even though spring break might not look the same this year, what better way to enjoy family time together than by watching shows and movies fun for the whole family from the safety and comfort of your own homes?

Tubi offers thousands of titles to keep kids entertained during their spring vacation.

Here are just a few of Tubi’s most popular kid-friendly movies and shows:

"A brave unicorn and a magician fight an evil king who is obsessed with attempting to capture the world's unicorns."

"After being betrayed by his partner in crime, a dog cons his way out of Heaven to get revenge, teaming up with an orphan who can talk to animals."

"Sammy the sea turtle and his friend, Ray, swim around the world enduring the challenges of the oceans in search of Shelly, the love of Sammy's life."

"After two fathers lose their jobs, they open their own daycare facility, that happens to be in direct competition with a strict academy."

"The fur will fly when woodland creatures unite to stop the development schemes of a real estate executive (Brendan Fraser). Brooke Shields costars."

"Rowan Atkinson returns as the beloved accidental secret agent in Johnny English Strikes Again. On his newest mission, he must overcome the challenges of modern technology."

"A teenager learns wisdom and self-control from an unorthodox karate master. With his new mentor's guidance, the boy faces down his fears."

"A younger sister wishes to switch places with her popular older sister and the two bickering siblings awaken to find the wish has come true."

"Unhappy with their strict mother, three children cast an ancient spell that allows them to choose a new mother — only to find they loved the original."

"The beloved franchise returns as an ex-crime fighter, who never told her kids or family of her work, turns to the original Spy Kids to stop a villain."

"Adventure is his attitude, as Cody returns, masquerading as a musical prodigy to stop a former teacher gone rogue with an evil plan to rule the world."

The Ash Land: In the Hall of the Mountain King (2017): Starring Vebjørn Enger, Eili Harboe and Mads Sjøgård Pettersen.

"A farmer’s son is on a bounty mission as he joins his brothers’ quest to save a princess from a nasty mountain troll out to destroy the family farm."

RELATED: Celebrate the Tubi, NASCAR sponsorship with these racing classics streaming for free

"A malfunction sends Sonic the Hedgehog to Earth where he meets Chris, who helps collect Chaos Emeralds so Sonic and friends can go home."

"12 years ago, the Nine-Tailed Fox claimed many lives before its spirit was contained with a baby boy who has now grown to become a ninja-in-training."

For more movies and shows for the whole family, click here.

Tubi is an ad-supported video-on-demand service with a massive library of 30,000 movies and television shows that are free to stream for viewers.