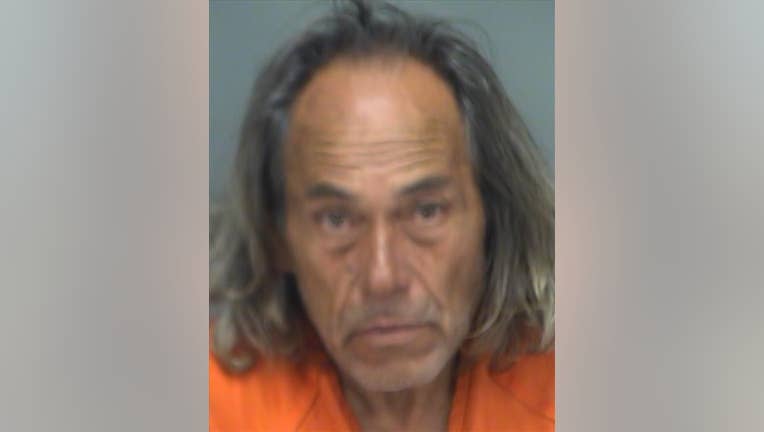 ST. PETERSBURG, Fla. - A 67-year-old man was arrested Saturday after St. Petersburg police officers learned he was giving out marijuana to people who passed by him.

The arrest occurred around 11:30 p.m. at 16 2nd Street North in downtown St. Petersburg, after police received a report from a witness. Officers said when they confronted Richard Ellis Spurrier, he said he was handing out marijuana “because it was Christmas.”

Police said Spurrier had 45 grams of marijuana on him and a hidden sword in his cane. He was arrested and faces a charge of possession of marijuana.