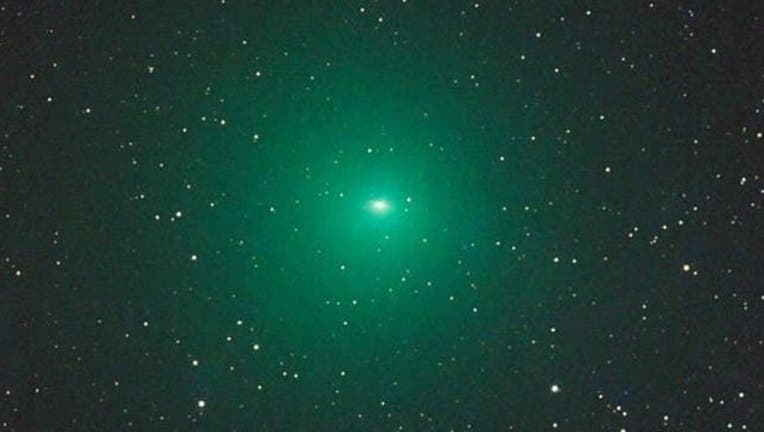 Comet 252P/LINEAR glows a vivid green from fluorescing gas in this composite photo taken from Namibia on March 18, 2016, with a specialized telescope 12 inches in aperture. (Gerald Rhemann / www.astrostudio.at)

(FoxNews.com) - When scientists started tracking Comet 252P/LINEAR, they figured it would pass Earth without a trace.

But then something strange happened. The icy object started brightening abruptly a few weeks ago and has become 100 times brighter than expected, according to the astronomy magazine Sky and Telescope. As a result, observers from the Southern Hemisphere have caught a glimpse of the comet that is believed to be about 750 feet in size. They have been able to see it with their naked eye and the comet appeared greenish in color.

Starting Tuesday, stargazers with their binoculars could spot Comet 252P/Linear in the sky – though the view isn’t expected to be as good due the glow of the Moon and natural light pollution.