The man known as the “Starved Rock Killer” has been released from prison and is now living in Chicago.

CHICAGO - The man known as the “Starved Rock Killer” has been released from prison and is now living in Chicago.

It has been nearly 60 years since he was convicted of murdering three suburban women at the state park.

Now, his family moved him into a West Loop rehabilitation center.

"He's very happy to be where he's at right now. We had a great day and he just needs some rest,” said Weger’s niece, Anita Freeman.

Chester Weger, 80, arrived at St. Leonard's Rehabilitation Center, near the United Center, Friday evening. At 59 years, his prison stay was the second longest in Illinois history, according to corrections officials. 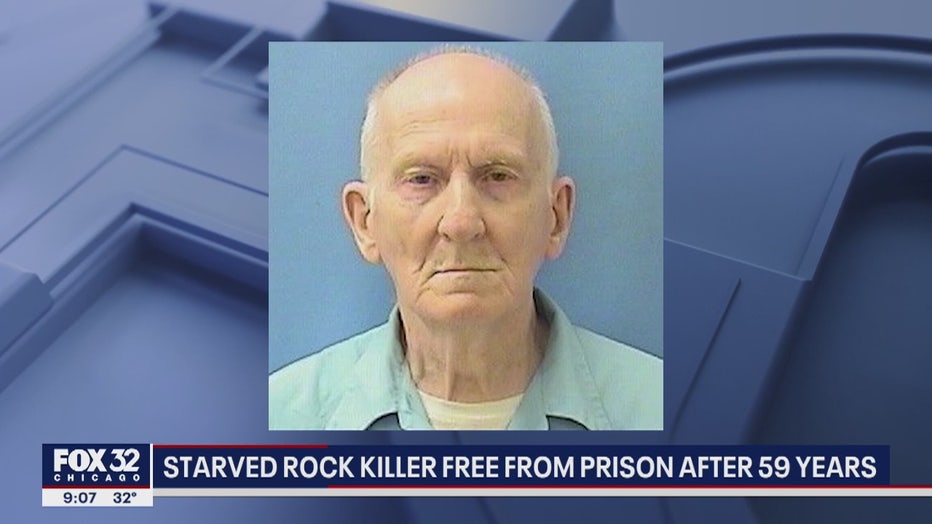 His nieces addressed the media about his release.

“It's wonderful. It's almost hard to describe. It’s been our whole lifetime. It's surreal. It’s been crazy," said Weger’s niece, Carrie Clancy.

In 1960, Weger confessed to the murders of three women who were visiting Starved Rock state park from Riverside. Weger was a dishwasher at the park.

After heading out on an afternoon hike, the women were never seen again.

In November, the Illinois Prisoner Review Board granted Weger parole but he had to wait another 90 days to be released.

Weger had been convicted and sentenced to life in prison in 1960.