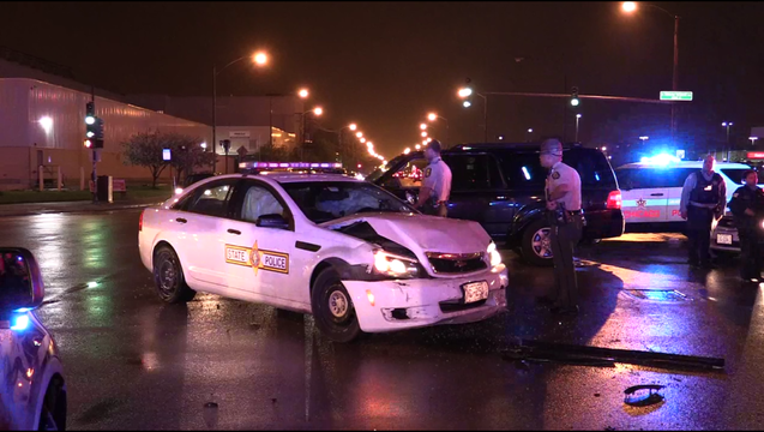 (SUN TIMES MEDIA WIRE) - An Illinois State Police trooper was injured in a two-vehicle crash late Sunday in the South Deering neighborhood on the South Side.

The officer was responding to a call and driving southbound on South Stony Island Drive at 10:48 p.m. when his marked squad car struck the passenger side of a westbound Ford Mustang at the intersection with 95th Street, according to Illinois State Police.

The officer suffered minor injuries in the crash and was taken to Advocate Christ Medical Center in Oak Lawn, police said.

The driver of the Mustang, who was cited for driving without a license, was taken to the same hospital with non-life-threatening injuries, police said.