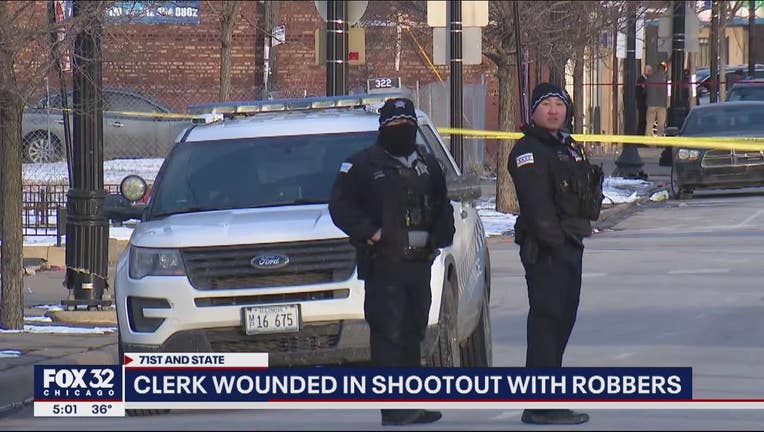 CHICAGO - A store clerk died after exchanging gunfire with a group of alleged robbers Friday in Park Manor on the South Side, according to police.

Four males entered the store about 1:45 p.m. in the first block of East 71st Street and took cash from the register by force, Chicago police said. As the clerk took out his own gun and fired shots, the suspects returned fire and struck the clerk in the chest.

The man, identified as 33-year-old Mohammed I. Maali, was taken to the University of Chicago Medical Center, where he was later pronounced dead, police and the Cook County medical examiner’s office said. He lived in Scottsdale on the Southwest Side.

Police arrested the four suspects and recovered a weapon.