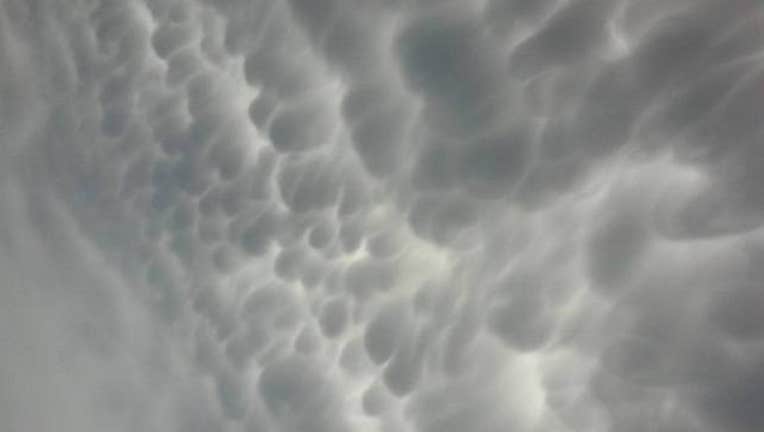 A man was killed and more than a dozen other people were injured when a large tent collapsed at a community fair in Wood Dale as a severe storm system tore through the Chicago area Sunday afternoon.

The man, whose exact age wasn’t available, was dead at the scene at Wood Dale Prairie Fest, a four-day festival held at Wood Dale Junior High School, 655 N. Wood Dale Road, according to DuPage County Coroner Richard Jorgensen and a website for the event.

Wood Dale Fire Protection District crews took “more than a dozen” people injured at the event to hospitals, a fire official said. They were still at the scene as of 4:30 p.m.

Wood Dale police could not immediately be reached for more details.

In Rosemont, high winds and hail brought down a dome that houses two softball fields, witnesses told reporters at the scene. A youth camp was being held at the time but everyone made it out safely, witnesses said. City officials could not immediately be reached for details.

The strong storm cell downed power lines and left at least one person injured in north suburban Evanston as well as Rogers Park and Montrose Harbor on the North Side about 3 p.m., according to National Weather Service forecasters. Golfball-sized hail and 60-mph winds were recorded in the brief blast.

Debris on the CTA Red Line tracks suspended trains between Granville and Howard. Buses would be making those stops on the north branch of the line, CTA officials said.

A severe thunderstorm warning also prompted an evacuation of Lollapalooza in Grant Park, putting the music festival on pause for about an hour.

At least 38,000 ComEd customers were without power as of 5:30 p.m., mostly concentrated in the city, west suburban Maywood and the northwest suburbs, a spokesman for the utility agency said.

Forecasters said more storms could roll into the area about 6 p.m.