About four to five cars were stolen from a dealership in Peoria at about 7:40 a.m., prompting a chase that left one behind, crashed, on I-80 near I-355. The suspects reportedly stole several BMWs and crashed, before carjacking an SUV.

The carjacking happened in the Walker Country Estates subdivision after officers chased the suspects who allegedly stole luxury vehicles from two car dealerships in Springfield and Peoria, Illinois. 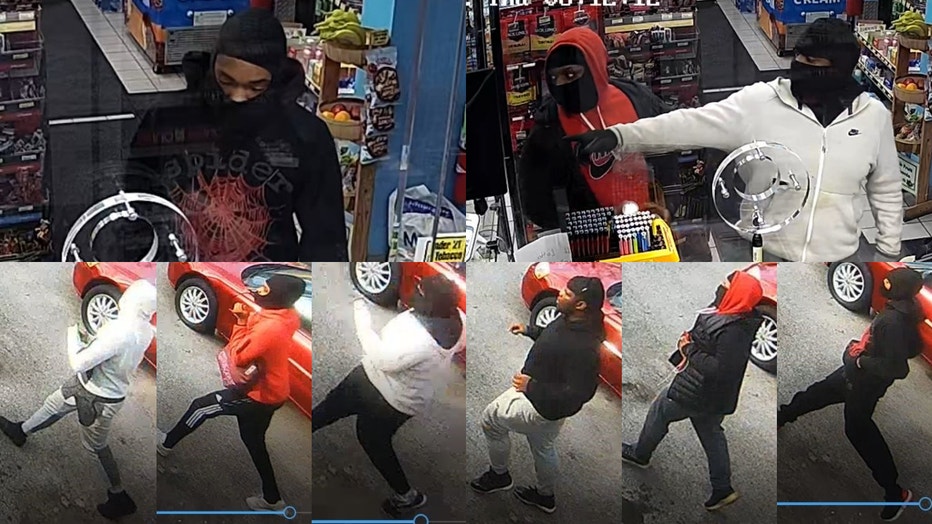 The fourth vehicle was eventually abandoned in a ditch along I-80, police said. The suspects then ran into the nearby Walker Country Estates subdivision in New Lenox and committed the carjacking.

Multiple cars stolen from dealership prompts police chase on I-80

Luxury cars were reported stolen from a Peoria-area dealership Thursday morning. The stolen cars prompted a police chase along I-80.

The carjacking victim did not sustain any injuries in the incident, according to police. The victim's vehicle was recovered in Markham about 45 minutes after the crime occurred.

The investigation is ongoing. No one is in custody at this time, New Lenox police said.

If you have any information on the incident or the suspects, you're asked to contact police at 815-462-6158.