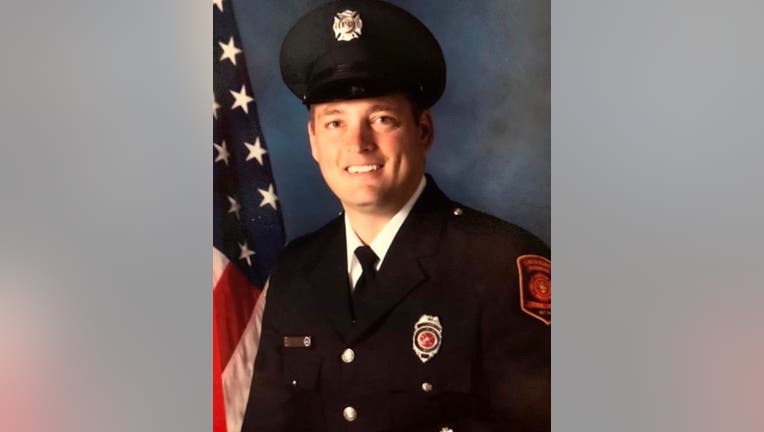 FOX LAKE, Ill. - A 46-year-old man died after the construction vehicle he was using fell upside down into a pond Thursday afternoon in Fox Lake.

Mark Amore was using a Bobcat, grading gravel in a parking lot at Ben Watts Marina, when the vehicle got too close to the edge and fell in the water, Fox Lake Police Chief Jimmy Lee said.

The Bobcat became stuck upside down with Amore trapped inside the cab, Lee said.

Amore, who was working as a subcontractor at the time, was later freed and taken to Northwestern Hospital in McHenry, where he was pronounced dead, Lee said.

Amore worked as a firefighter with the Lincolnshire-Riverwoods Fire Protection District, Lee said.

McHenry Mayor Wayne Jett said on Facebook that Amore had “a heart of gold.”

“The amount of love he had for his family and friends was evident. You will be greatly missed by so many! My prayers are with the entire Amore family during this difficult time,” Jett said.

An autopsy is scheduled for later Friday, Lee said.