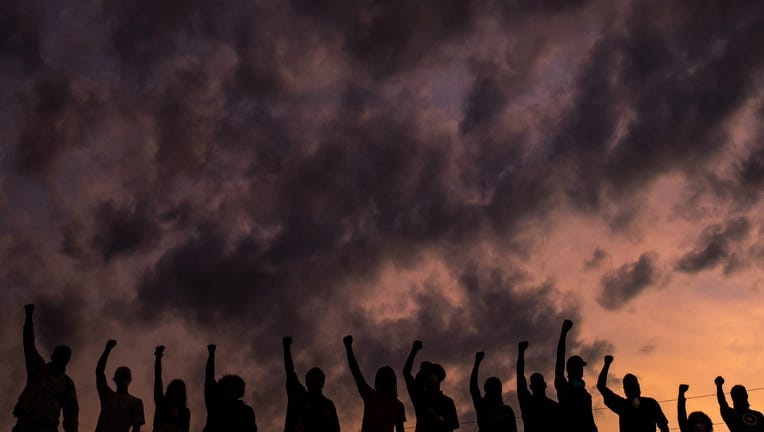 CHICAGO - A south suburban man and woman are facing federal gun charges after they were arrested during the weekend’s looting and violence in Chicago.

Brandon Pegues, 28, and 28-year-old Amber L. Peltzer are each charged with illegal possession of a firearm by a felon, according to a statement from the U.S. Attorney’s Office for the Northern District of Illinois.

They were arrested in separate incidents early Sunday about four hours after the overnight curfew went into effect, prosecutors said.

Pegues, who lives in south suburban Riverdale, was taken into custody when police saw a loaded handgun fall from his waistband in the 800 block of Federal Street, prosecutors said.

He pleaded guilty in 2010 to a felony count of residential burglary, according to Cook County court records.

Peltzer, who lives in Lansing, was taken into custody in the 1600 block of South Michigan Avenue “after officers observed her peering out of a bar that had its glass front door shattered,” the U.S. attorney’s office said. She also had a loaded handgun on her at the time.

She entered a guilty plea in 2011 to a felony count of misuse of a credit card, according to Cook County court records.