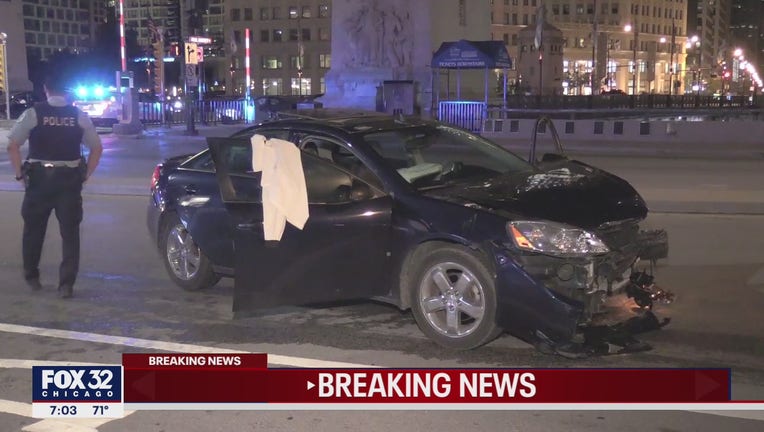 CHICAGO - Someone stole a van with a passenger still inside Saturday after fleeing a crash in the Loop.

Officers saw a 2008 Pontiac sedan run a red light and hit another vehicle at 12:34 a.m. in the 100 block of North Wacker Drive, according to Chicago police. No injuries were reported in the crash.

Four males got out of the Pontiac and ran away, police said. One of them ran to the 100 block of East Wacker, where he got into a 2014 Kia van that was running with a 20-year-old woman in the back seat.

He drove off, eventually leaving the woman at a gas station in the 5900 block of South Ashland Avenue in West Englewood, according to police. She was not hurt.

One of the four suspects was arrested in the 200 block of North Michigan Avenue, police said. Two weapons were recovered from inside the crashed Pontiac.