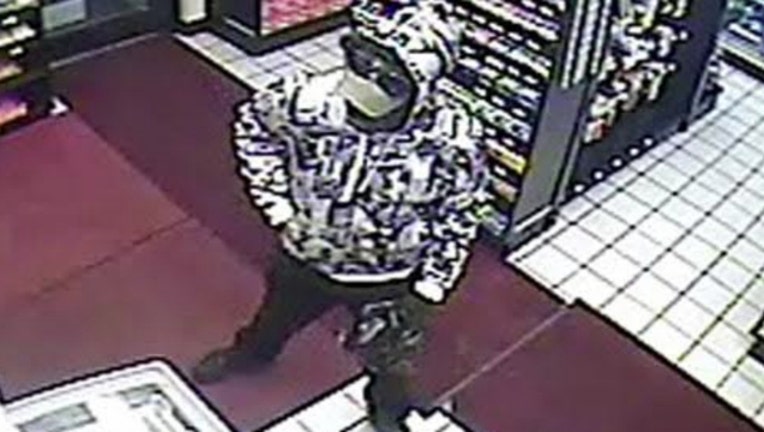 The robber was wearing a grey and black camouflage-style hooded sweatshirt, jeans and a baseball cap, police said. He might have been wearing black face paint, police said.