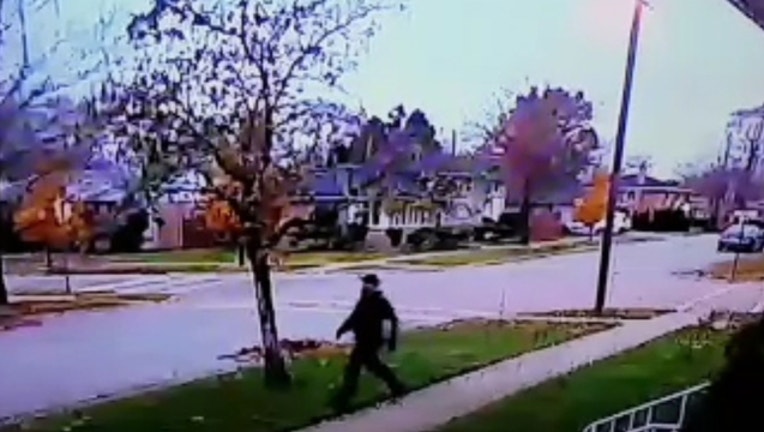 Surveillance image of the suspect in an attempted home burglary Nov. 6 in the 8600 block of North Olcott Avenue in Niles. | Niles police

SUN TIMES MEDIA WIRE - Police are looking for someone who broke into a home Tuesday morning in north suburban Niles.

A woman called authorities at 6:22 a.m. to report that someone had entered her home in the 8600 block of North Olcott Avenue and startled her while she was getting dressed, according to a statement from Niles police. She screamed, and the male suspect ran away.

She told investigators her husband had just left to go vote and left the back door unsecured, police said.

The suspect was described as a male between 15 and 30 years old wearing a black baseball cap, a black sweatshirt, black pants and black shoes, according to police. He was last seen getting into a vehicle and driving away west on Greenleaf Street.

Authorities released a surveillance image of the suspect and are asking anyone with information about him or anyone with surveillance cameras near Olcott and Greenleaf that may have recorded him to call police at (847) 588-6500.