Suspects on home monitoring not being watched, Chicago police say

Some are saying the reason for the increase in Chicago violence is because violent offenders are out on electronic monitoring systems and no one is keeping tabs on them.

CHICAGO - Some are saying the reason for the increase in Chicago violence is because violent offenders are out on electronic monitoring systems and no one is keeping tabs on them.

Cook County Sheriff Tom Dart says do not point the finger at him. He is not the one in charge of deciding who is on electronic monitoring. The judges are.

He says he has even tried to fight it and was sued. He agrees the monitoring program does need to change.

“We need more people to monitor on the street, and we have been unable to get the people to do that,” Dart said.

Dart says he has about 150 people working to watch 3,300 detainees on home monitoring -- that number up a thousand after COVID concerns forced the jail to release inmates. 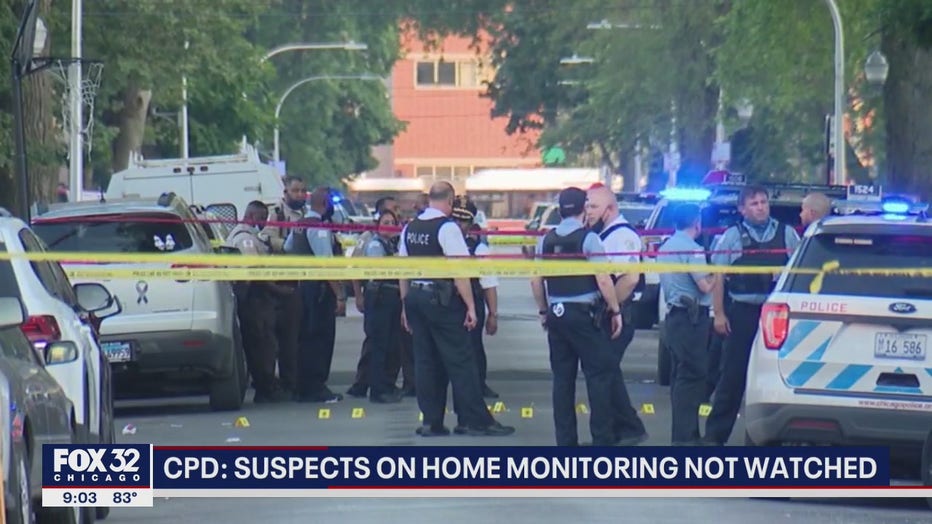 Dart says perhaps CPD is referring to other programs that look after people only 12 hours a day. The sheriff monitors individuals 24/7.

The majority of those on electronic monitoring with Cook County are charged with illegal gun offenses. Not listed are those charged with murder -- 43 suspected murderers currently on home monitoring.

Dart says this needs to change.

“Home monitoring just as a general idea is not a program for people charged with gun offenses. They need to be held in custody,” he said.

“I don't think that the people that are on electronic monitor at home are causing the violence in Chicago,” criminal defense attorney Gal Pissetzky said.

He says judges are putting too many people on electronic monitoring, but that the system works, even for violent offenders.

“I can tell you that a person like that is not committing crimes because they are home. They're calling me and telling me, ‘god, can you get me approval to go to work?’” Pissetzky said.

If you are on electronic monitoring and you break the rules, sheriff’s police will get an alert and police will show up and you can be arrested. Then, a judge will again decide your fate.

FOX 32 reached out to the chief judge for comment and did not hear back.