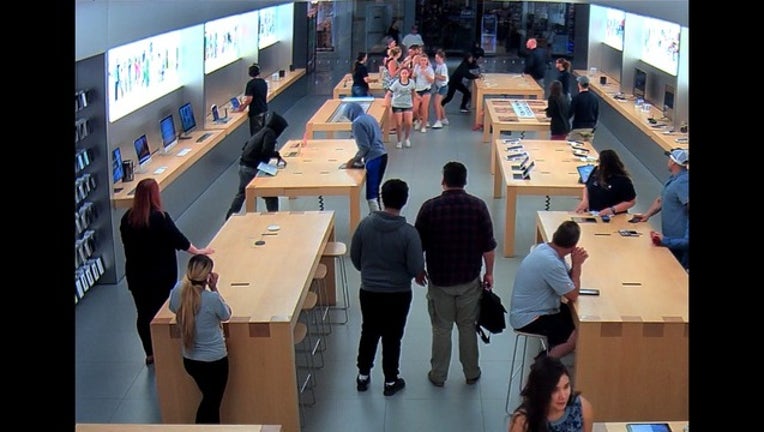 FRESNO, Calif. (AP) - It took less than 30 seconds for four suspects to make off with $27,000 worth of goods from an Apple store in California.

Police Lt. Mark Hudson tells KFSN-TV the suspects took various iPhones and laptops. Hudson says a customer who tried to prevent them from leaving was knocked out of the way.