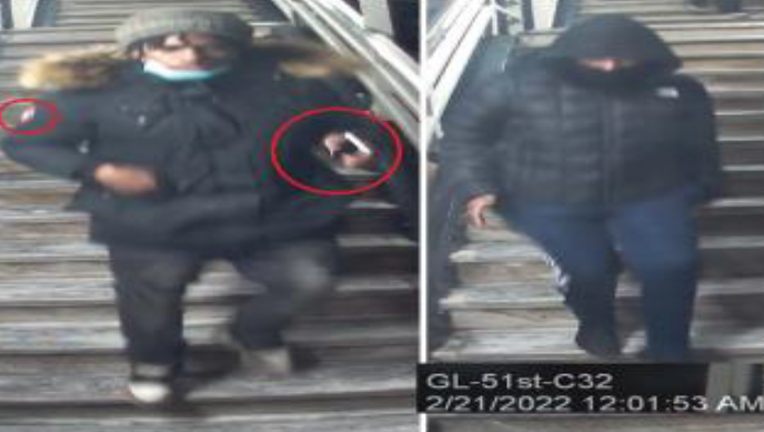 Police are searching for a man and woman believed to have attacked and robbed a CTA passenger in February.

CHICAGO - The Chicago police department is looking for two suspects wanted in connection to an armed robbery and aggravated battery that occurred in February on the CTA Green Line.

According to police, mass transit detectives are looking for a man and woman, both about 18 to 20 years-old, who are believed to have approached a Green Line passenger, taking his phone, on Feb. 21 at 319 E. 51st Street.

Police said when the man tried to retrieve his phone from the suspects, he was attacked by both of them.

The male suspect was seen wearing a gray stocking hat, a dark-colored hooded jacket with a fur collar and dark pants.