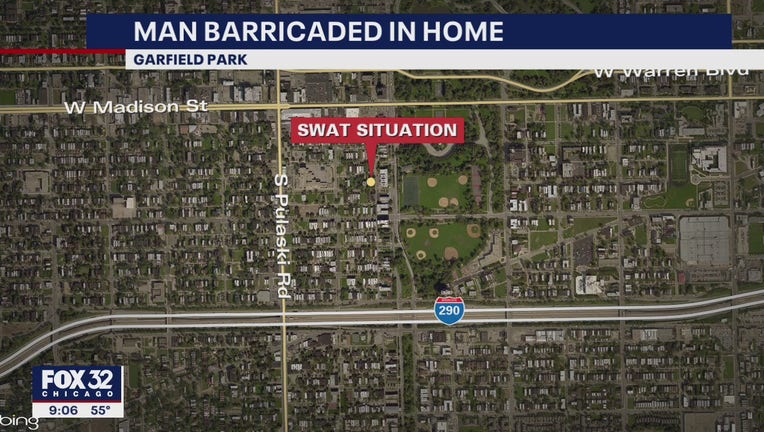 CHICAGO - Police were involved in an hours-long standoff Monday with a person at a home in West Garfield Park.

A male barricaded himself about 8 p.m. in the basement of a home in the 3800 block of West Adams Street, Chicago police said. A SWAT team was called to the scene.

Police said the situation was resolved without incident about 11:30 p.m., and no one was taken into custody. No injuries were reported.