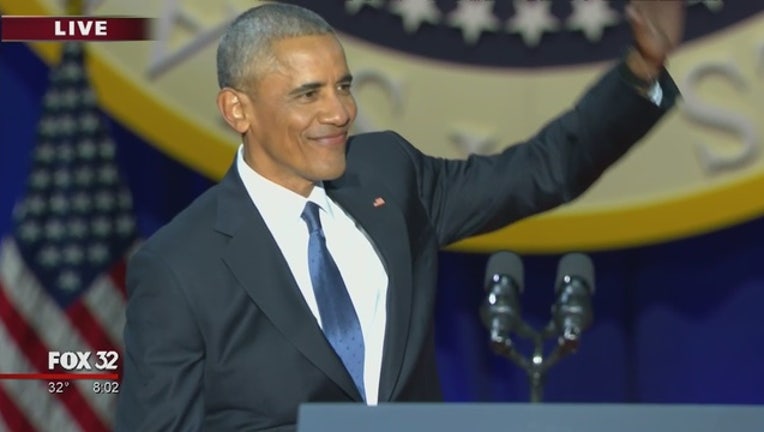 WASHINGTON (AP) - They line up near the Oval Office, down the hallway toward the Cabinet Room, with their spouses and young kids in tow. When it's their turn, the White House staffers enter for a few private moments with President Barack Obama, a photo and a farewell hug from the boss.

There's a mass exodus underway this week at the White House, as Obama and his staff pack up their offices and turn in their BlackBerrys. For some who joined Obama's team right out of college, it's the end of the only professional experience they've ever known.

The finals days of any president's administration are always bittersweet and heavy on nostalgia, as officials face the transition back to being "civilians" who will no longer have their hands on the nation's levers of power. There is added sadness for Obama staffers who, by and large, are horrified by the incoming administration of President-elect Donald Trump.

"You're always aware that it's a special privilege to work there and not something to take for granted," said Nate Lowentheil, who worked on Obama's National Economic Council for the last three years. "It's particularly hard knowing the next wave of people coming are going to be working to reverse the things you were working to advance until your very last hour."

As White House press secretary Josh Earnest emerged in the James S. Brady Press Briefing Room on Tuesday to give his final press briefing - his 354th as press secretary, Earnest said - there were tears on the faces of some of his deputies. In the back of the room, current and former Obama staffers gathered to witness his last round of jousting with reporters.

"I'm going to miss it," Earnest said. "It will take some getting used to seeing somebody else standing up here doing it."

"Or not," he added, in a nod to the prospect that Trump's team may make changes to the daily briefing.

In between closing out final projects and typing up reports on the work they've done, White House staffers are packing away their knickknacks, coffeemakers and photos. The boxes stack up in offices already vacated by staffers who have departed over the past few weeks.

By Thursday night, all must be gone to make way for Trump's team.

Before they leave the building for the final time, they'll go through a checklist that completes their formal separation from the White House: cell phones handed in, computers locked and papers properly filed to be archived. The last step, aides said, is the hardest: handing in the badge that provides access to the complex day or night.

Then they depart the building and make what for many is a jarring transition from 18-hour workdays and little personal time to unemployment. Lowentheil said that since his last day less than two weeks ago, he'd read three novels, slept 10-12 hours a night and, for the first time in years, didn't set a morning alarm.

Emails announcing a staffer's last day stream in at a faster and faster pace as Jan. 20 approaches. They share with colleagues a personal email address and cell phone number, a thank you and maybe a brief reflection on their time at the center of it all.

"It's been an honor to be a part of it. And yeah, I'm interested in what happens here. And I'll continue to follow it," Earnest said. "But I will be relieved to not have the burden to follow it as closely as this job has required over the last two-and-a-half years."

A few White House staffers have found new jobs already, but most are taking some time off.

Some are going home to visit family they haven't spent much time with in years. One said he was spending two months driving across the country, unsure of what he'd do next. Others are taking long vacations to places like New Zealand and Iceland, unencumbered by the need to constantly check in with the office.

"This is the only world I've known," said Clay Dumas, who took time off from college to work for Obama's 2008 campaign, then interned at the White House before being hired four years ago. He said he was searching for a job that would allow him to continue advancing values and policies he worked on in the White House. "Whatever I do next will be a huge continuation of that."