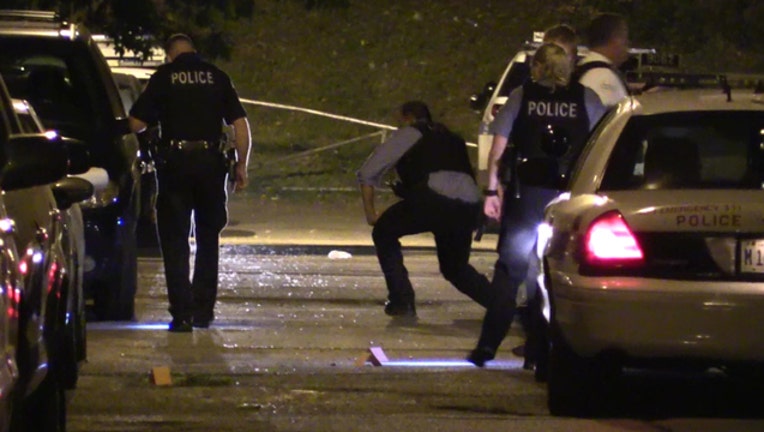 Officers were responding to a call of shots fired in the 2400 block of West 34th Street about 2:10 a.m. when two males on the corner produced a handgun and opened fire, police said.

No injuries were reported, but the officers’ squad car was damaged by the gunfire.

A weapon was recovered at the scene and both suspects were eventually taken into custody, police said. Charges are still pending against the other suspect Thursday afternoon.