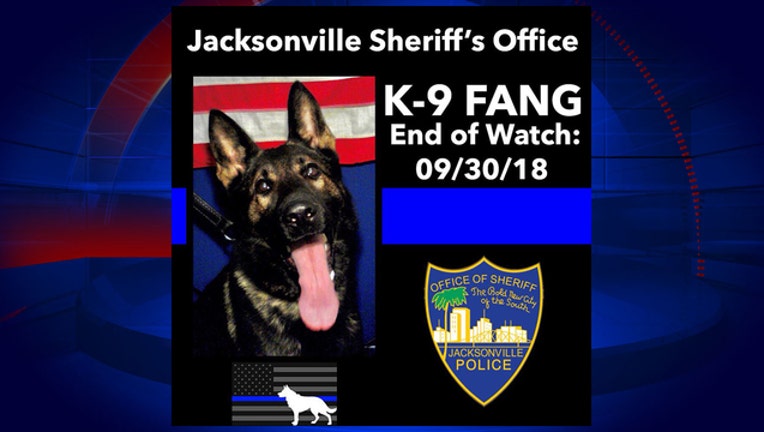 The Florida Times-Union reports the State Attorney's Office filed upgraded charges Thursday against the 17-year-old boy. The charges include killing a police dog, possession of a firearm, aggravated fleeing, armed robbery and two counts of kidnapping with a firearm.

An arrest report says the teen got into a car at a gas station and held the driver at gunpoint. It says he later ordered the driver and her passenger out and drove off.

Authorities tracked the car's GPS system and remotely shut the engine off. Officers say the youth ran with K-9 Officer Matt Herrera and the 3-year-old German shepherd in pursuit.

They say the teen then fatally wounded Fang.