CHICAGO - Winds of up to 45 mph from the northwest are expected across the Chicago area today, leading to blowing and drifting snow, according to a winter storm warning. Bone-rattling gusts could create windchills of 15 to 25 below zero, according to the National Weather Service.

Some freezing rain and snow showers could hit before temperatures drop up to 20 degrees by 6 p.m., forecasters said. Highs are expected in the upper 30s, but could sink to a low of just 5 degrees after the sun sets.

By Saturday morning, 3.1 inches of snow were recorded at O’Hare Airport, with 2.6 inches at Midway, officials said.

The FAA issued a ground stop at O’Hare Friday that pushed back hundreds of flights. Midway was not affected by the stop, but both airports reported hundreds of cancellations as snow and ice blanketed the area.

Saturday morning,  222 flights cancellations were reported at O’Hare as of 10 a.m., with delays averaging 18 minutes, according to the city’s Department of Aviation. Midway reported 30 flight cancellations with average delays of less than 15 minutes.

Cold temperatures are expected early Sunday, with the Sunday morning windchill dropping to minus-15 degrees. 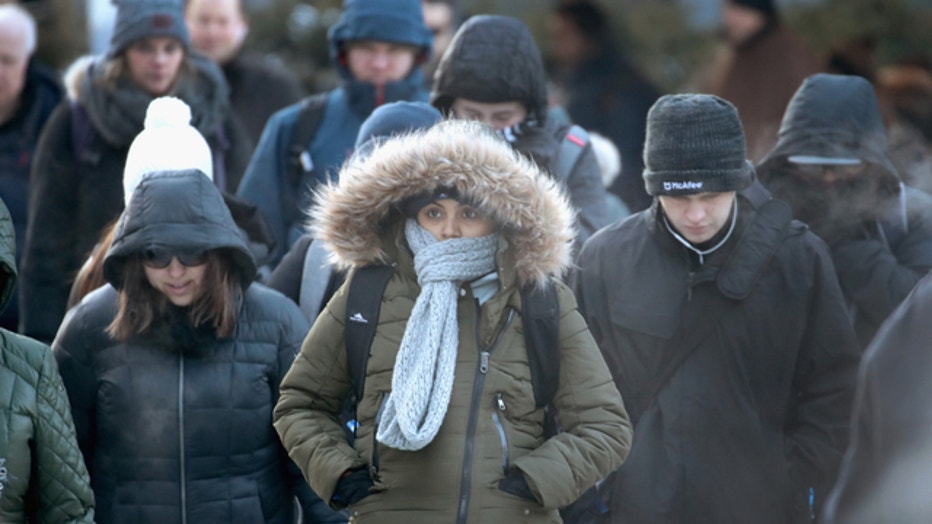