The statue was removed about 3 a.m.

CHICAGO - Newly elected Texas Republican Party Chair Allen West said on Friday that the targeting of the Christopher Columbus statues in Chicago is a “distraction” over the violence that has erupted.

“If you look at all the murders and the situation going on in Chicago, I didn’t know that Christopher Columbus was responsible for that,” Lt. Col. West told “Fox & Friends.”

“So, obviously, you had to take down his statue and that’s going to solve all the murders and the crime that is occurring."

Workers arrived under cover of darkness early Friday to remove a Christopher Columbus statue from Chicago’s Grant Park – a week after rioters clashed with city police as they attempted to tear the statue down. 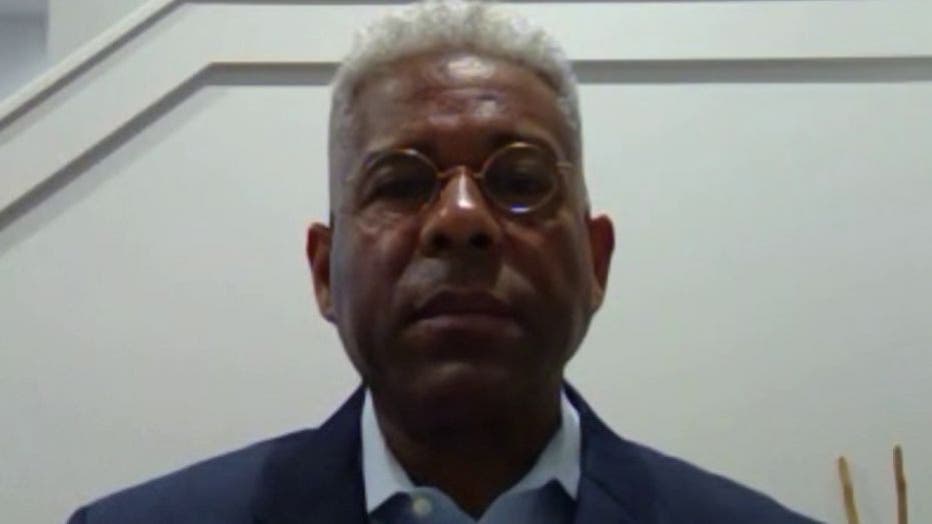 The statue was being removed partly to de-escalate tensions between protesters and police as unrest continues in the nation’s third-largest city, the Chicago Tribune reported.

Chicago Mayor Lori Lightfoot made the decision to remove the statue -- as well as another Columbus one in Little Italy earlier Thursday.

Videos and still images posted on social media showed the statue draped in a cloth as a crane pulled up to dislodge it from a pedestal before driving off.

West said that liberal and progressive public officials are joining forces with “mobs and the cancel culture.”

“I can’t understand what Christopher Columbus has to do with George Floyd, but, yet, I guess Rahm Emanuel, the previous Chicago mayor, said never let a good crisis go to waste. We continue to see the actions and activities of the left regarding that mantra.”