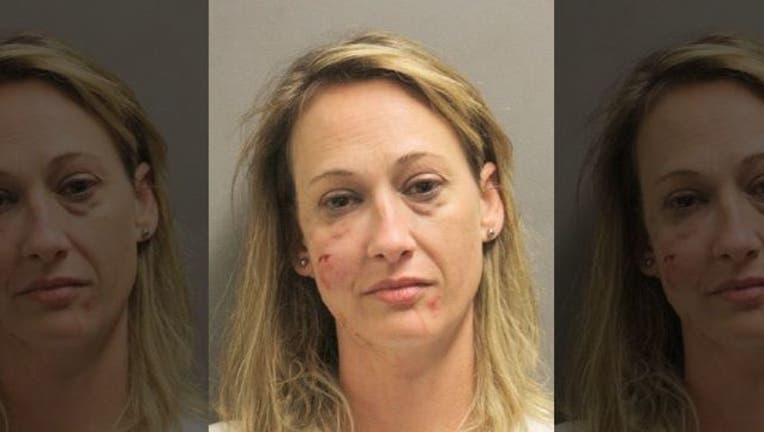 Jessica Collins, 41, is accused of biting another woman's nose and swallowing a chunk of it. (Harris County Sheriff's Office)

(FoxNews.com) - A Texas woman had her Mike Tyson moment when she allegedly bit off a large chunk of another woman’s nose, police say.

The victim, identified only as “Tatiana,” told ABC 13 that she went out to a bar last Wednesday night with her next-door neighbor and a friend of the neighbor, 41-year-old Jessica Collins.

She said after the night out, the three returned to her home, where Collins demanded more alcohol and cigarettes.

Tatiana reportedly told Collins to leave her property, sparking a violent reaction from the woman.

Collins then allegedly jumped her and pulled her to the ground by her hair before biting off a large piece of her nose and swallowing it.

"I didn’t have time to react, to push her away," Tatiana told the news station. "I think I was trying to fight back, but I couldn’t.

"All I could remember was the taste of blood in my mouth."

She said she passed out several times and only realized her nose was injured on her way to the hospital.

Police arrested Collins and charged her with assault-bodily injury. She was released on bond Monday.

As for Tatiana, doctors said she will need urgent plastic surgery; however she does not have health insurance.

Friends established a GoFundMe page to help with the cost of the surgery. Almost $2,000 has been raised out of a $12,000 goal.