‘The virus is not tired’: State leaders issue words of warning to wear masks, social distance

“Anyone who thinks that wearing a mask or keeping their distance doesn't help, you are just wrong,” said Dr. Ngozi Ezike.

CHICAGO - COVID-19 cases are on the rise in Illinois, and during a news conference on Wednesday, state leaders issued words of warning.

“Anyone who thinks that wearing a mask or keeping their distance doesn't help, you are just wrong,” said Dr. Ngozi Ezike from the Illinois Department of Public Health.

Although Illinois’ metrics appear to be better than neighboring states, Ezike warns that the state has been here before.

“You're tired of hearing it. I’m tired of talking about it. Believe me, I want this over as much as everyone else, but this virus is not tired,” said Ezike.

Just two weeks ago, 10 of the state’s 11 regions had a positivity rate under five percent. Now just four regions are under that five percent.

“Otherwise it will only be a matter of time before the state of Illinois will be forced to step in on a regional basis and impose resurgence mitigations like closing bars, indoor dining and more to reduce the spread of the virus,” said Pritzker.

As for the school year, Pritzker says he is not prepared to impose statewide mandates, unless the state can’t keep the positivity rate down.

“It's a very difficult thing if it continues to rise and if we don't keep our positivity rate down, we obviously would have to consider more serious mitigations,” said Pritzker.

Ezike says no one should be gathering in large groups without masks or social distancing in place. She referenced the “white trash bash” that was held in downstate Peoria as an example of how the virus can spread.

“This is not about trying to take away people's freedom. It’s about stopping the spread of a deadly virus,” said Ezike. 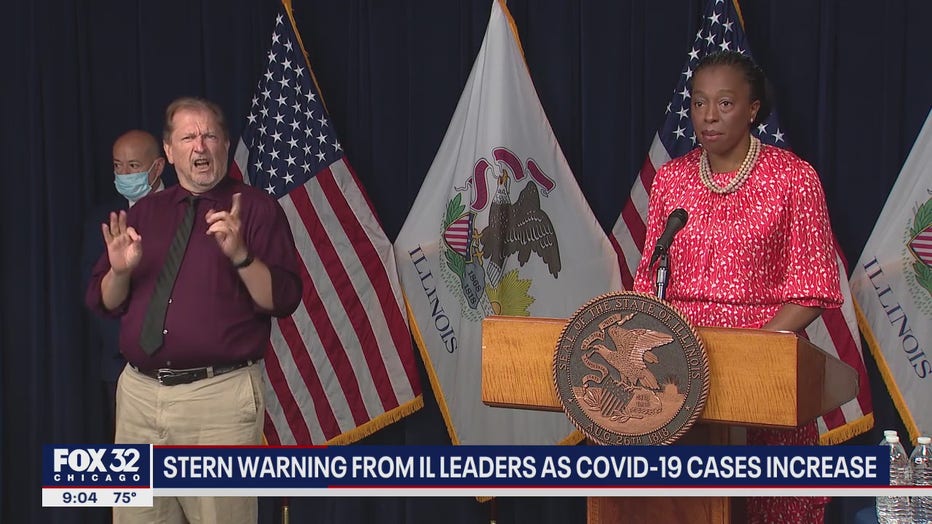 The governor says infections continue to be on the rise for the 20-29 age group as well as an increase in casesdownstate.