CHICAGO - From booklovers to Bears diehards, there is a little something for everyone this weekend in Chicago.

Here's a list of events we're most excited about this weekend in the Windy City:

After being sidelined for two years in wake of the COVID-19 pandemic, the 26th Street Mexican Independence Day Parade returns to the Little Village neighborhood this Sunday.

Packed with floats, mariachi bands and artists, the parade is considered one of the largest in the Midwest, boasting over 500,000 participants and parade-goers. 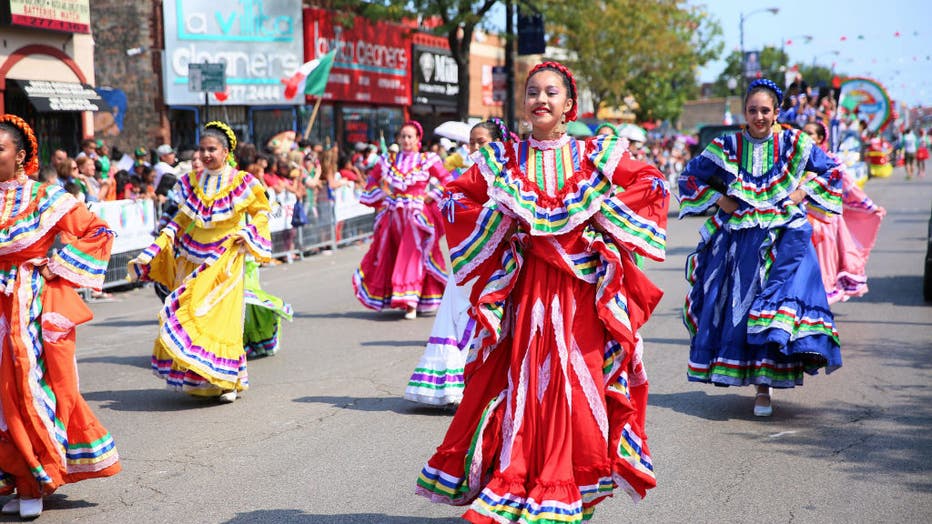 People participate in a parade ahead of the Mexican Independence Day in Chicago, the United States on Sept. 10, 2017. (Xinhua/Liu Yifang via Getty Images)

The parade kicks off at 8 a.m. at the intersection of 26th Street and Albany Avenue and travels west down 26th until Kostner Avenue.

For more details, check out the Little Village Chamber of Commerce website.

The festival runs from 10 a.m. to 6 p.m. on Saturday and Sunday and has something for every literary enthusiast with over 100 independent and diverse booksellers. There will be five stages featuring standout authors and panelists highlighting Chicago's immense literary scene.

Other attractions include spoken word performances, readings and writing workshops. 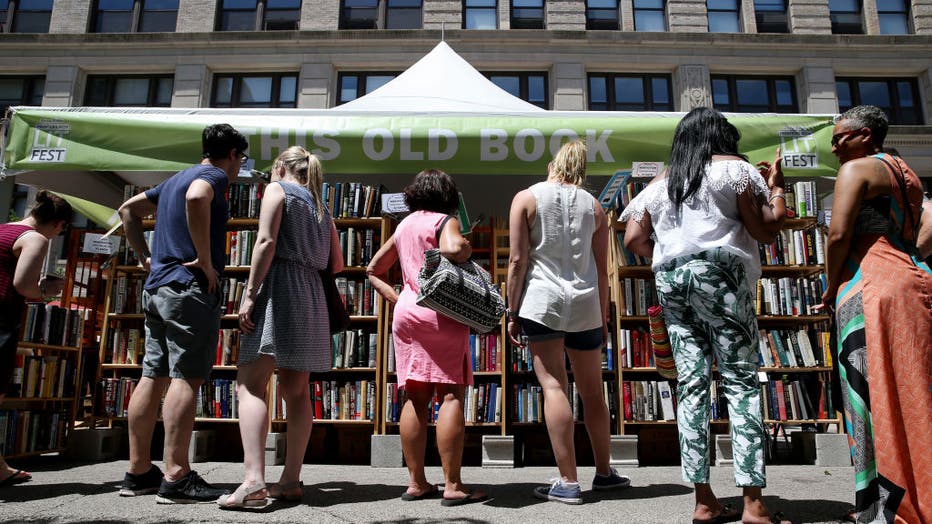 Black-owned businesses will be on full display Saturday in the Woodlawn neighborhood.

Vendors, dancers, musicians and educators will all play a role in highlighting Chicago's Black excellence.

The festival will also feature an antique car show, live music, a panel of historians and Art Row, which will "represent the look and feel of Black Wall Street."

The festival runs from noon to 8 p.m. on 61st Street between Cottage Grove Avenue and King Drive.

All eyes will be on quarterback Justin Fields and the Bears as they kick off a new season Sunday at Soldier Field against the San Francisco 49ers.

New hopes abound for the Bears in what could be one of their last seasons at the lakefront stadium.

"Coach says all the time, it’s about us. It’s not about the 49ers this week," Fields said Wednesday. "It’s about us — how we play, how we execute. So I’m just playing for my teammates, playing for my coaches and going out here and executing to the best of my ability."

The game starts at noon.

If you're unable to make it to Soldier Field, consider coming out to The Howard Street Inn in Niles to watch the game with FOX 32 Bears insiders.

The Chicago Bears released renderings Tuesday of a new entertainment district and enclosed stadium, should the team move to suburban Arlington Heights in the coming years.

Lakeview East Festival Of The Arts

Featuring over 150 artists across several during mediums, the 17th annual Lakeview East Festival of the Arts will be taking place Saturday and Sunday.

Original pieces will be up for sale with just about anything you could ask for, such as paintings, sculptures, photography, furniture, jewelry and more.

Live music and performances will also be held at the festival, including a Kidzone. It will be held along Broadway between Belmont Avenue and Hawthorne Place.

Festival organizers are asking for a $5 donation to attend.

For more information on parking and sponsors, head over to their website.

The Mid-Autumn Festival, also known as the Chinese Moon Festival, will take place from 5 p.m. to 7 p.m. Saturday at the Stone Gathering Space located at 3155 S. Lake Shore Dr.

The Mid-Autumn Festival is in important traditional ceremony in Chinese culture, marking a celebration of the rice harvest and derived from the custom of worshiping the moon to thank it for the harvest.

Besides the race, the event will include a raffle, a pet agility course, a doggy oasis and sponsor tents.

If you haven't registered yet, don't worry. People are welcome to sign up at the event on Saturday.

For more information, head over to the PAWS Chicago website.

The PAWS Chicago 5K will take place Saturday at Montrose Harbor and helps hundreds of animals get a second chance at happiness.

Thousands of people are expected to attend the 20th annual Ravenswood ArtWalk this weekend in the picturesque North Side neighborhood.

Artists of all creeds and backgrounds will have their creations on display ranging from open galleries to pop-up performances and an outdoor market with dozens of local artisans.

That's not even mentioning the bevy of food options and live music that will be present throughout the weekend.

The ArtWalk will be open from 11 a.m. to 6 p.m. both days along the Ravenswood Industrial Corridor running from Lawrence Avenue to Irving Park Road.

A $5 donation is suggested and drink tents will be cash only with ATMs on-site.

For way more details, check out the ArtWalk website.