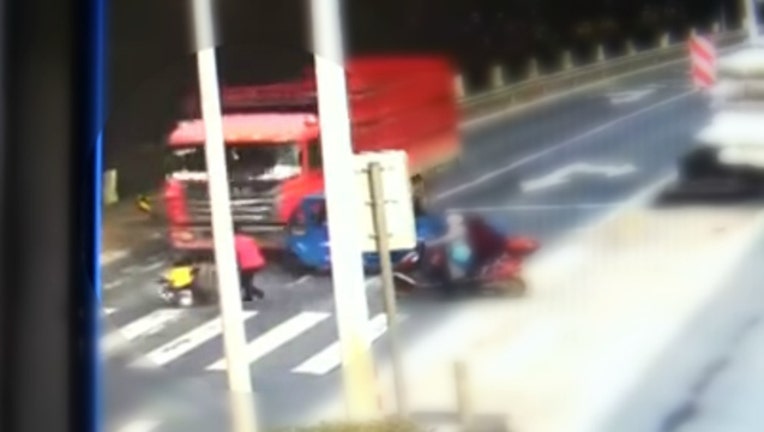 FOX NEWS - A shocking video of a toddler being run over by a truck luckily has a happy ending.

The video footage from CCTV shows a three-year-old boy, who was being pushed on a tricycle by his grandmother, getting plowed over by a box truck in Huzhou City, China, after the truck driver ran a red light.

Despite being hit head on, the toddler walked away from the crash with just minor scrapes and bruises.

The driver was reportedly trying to weave through traffic and did not see the boy and his grandmother, who were hidden by another vehicle. After hitting the toddler, the driver immediately jumped out of the truck bed to pull the boy to safety.