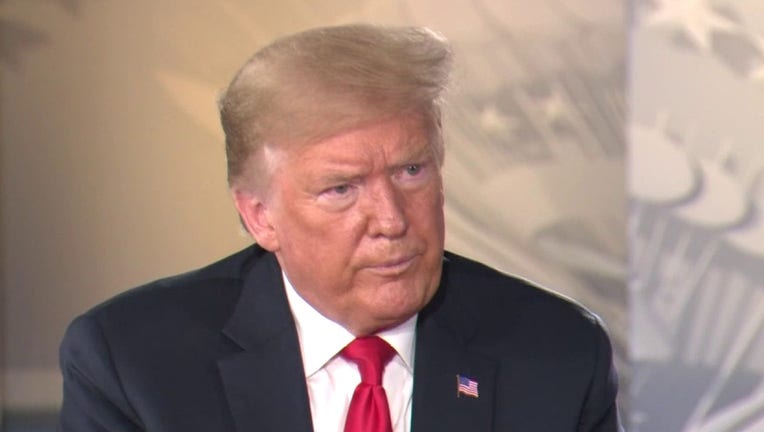 CHICAGO - Former President Donald Trump released a statement on Friday in response to the new Geogia election law, congratulating the Georgia State Legislature on changing their voter rules and regulations.

"Congratulations to Georgia and the Georgia State Legislature on changing their voter Rules and Regulations. They learned from the travesty of the 2020 Presidential Election, which can never be allowed to happen again. Too bad these changes could not have been done sooner!" The 45th President said in a press release.

The new law was signed this week by Georgia Gov. Brian Kemp. It drew protests and criticism from Democrats and voting rights groups, saying it will "disproportionately disenfranchise voters of color."

Under the new election law, voters will need to have a photo ID in order to vote absentee by mail. It also limits where ballot drop boxes can be placed and when they can be accessed.

Over 1.3 million Georgia residents voted by mail during the COVID-19 pandemic.

President Joe Biden issued a statement on the new law Friday, saying, "This is Jim Crow in the 21st Century. It must end. We have a moral and Constitutional obligation to act."

"Instead of celebrating the rights of all Georgians to vote or winning campaigns on the merits of their ideas, Republicans in the state instead rushed through an un-American law to deny people the right to vote," President Joe Biden said. "This law, like so many others being pursued by Republicans in statehouses across the country is a blatant attack on the Constitution and good conscience."