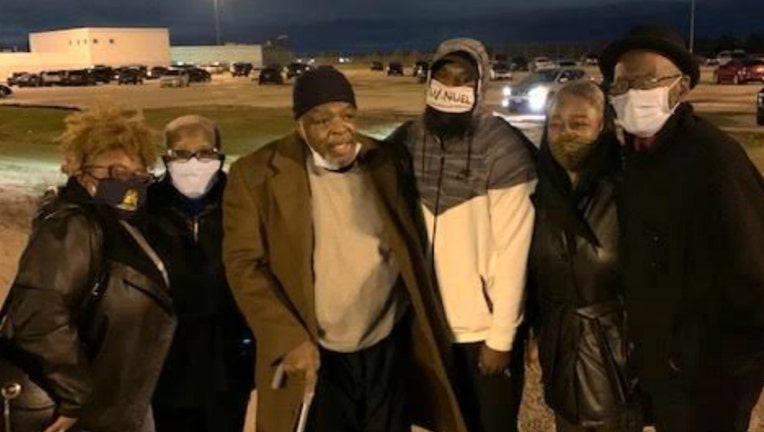 Torture victim Robert Smith, who served 33 years in prison for a double murder he did not commit, was released from prison Oct. 23. | Provided photo

CHICAGO - A man who says he was tortured into confessing to a double murder was released from Stateville Prison after being behind bars 33 years.

Robert Smith was released Friday after a special prosecutor moved “in the interests of justice” to vacate his conviction and to dismiss his indictment with prejudice, his attorneys said.

When he was released, he was greeted by his 33-year-old son, whom he had never hugged outside of prison.

“We are thrilled for Robert, and grateful that the current system looked closely at the fraudulent evidence that was used to convict him,” his attorneys said. “But we are also incredibly saddened by the fact that that same system covered up the Burge torture scandal for almost half of Mr. Smith’s lifetime. This should not have taken 33 years to be made right.”

On Sept. 19, 1987, someone broke into the Roseland home of Edith Yeager and her mother, Willie Bell Alexander, killing them both and setting their home on fire, according to Smith’s attorneys.

When Yeager’s daughter, Diane Yeager Smith, and her husband, Robert Smith, went to check on Yeager and Alexander later that morning, they were greeted by Chicago police but were ordered to wait outside and officers refused to tell them what happened.

Furious, Robert Smith forced his way into the home and demanded answers, his attorneys said. He was thrown to the ground, cuffed and arrested by a protege of disgraced Violent Crimes Lt. Jon Burge.

Robert Smith was held in custody at the Area Two Violent Crimes department for 19 hours, repeatedly beaten, threatened and abused, until he orally confessed to the murders, his attorneys said. But, when detectives and attorneys presented him with a confession to sign, he refused to sign it.

In 1990, Robert Smith was convicted of the double murder, despite evidence proving he had no involvement, and the Circuit Court refused to suppress his confession, his attorneys said.

For many years, Robert Smith represented himself filing several post-conviction petitions, and in 2013 the Illinois Torture Inquiry and Relief Commission granted him relief, finding that “there is sufficient evidence of [Robert Smith’s] torture to conclude that his Claim is credible and merits judicial review for appropriate relief.”