CHICAGO - A tow-truck driver will likely spend the rest of his life behind bars after being sentenced Monday to 50 years in prison for a 2017 road rage murder in west suburban Oak Brook.

Anthony Tillmon, 40, formerly of Lansing, was found guilty earlier this year in the murder of 43-year-old Eduardo Munoz during a road rage-fueled confrontation on the Ronald Reagan Memorial Tollway.

Munoz, of Florida, was driving a semitrailer truck eastbound on I-88 on April 21, 2017, when he became involved in an altercation with Tillmon, the DuPage County state's attorney's office said.

As they approached the I-294 Interchange, Tillmon pulled alongside the driver's side of Munoz's truck and began shooting at him before exiting the highway.

Munoz was struck three times, but managed to pull his truck over to the side of the road where he was found still sitting in the driver's seat. He was transported to Elmhurst Hospital where he was pronounced dead from multiple gunshot wounds. 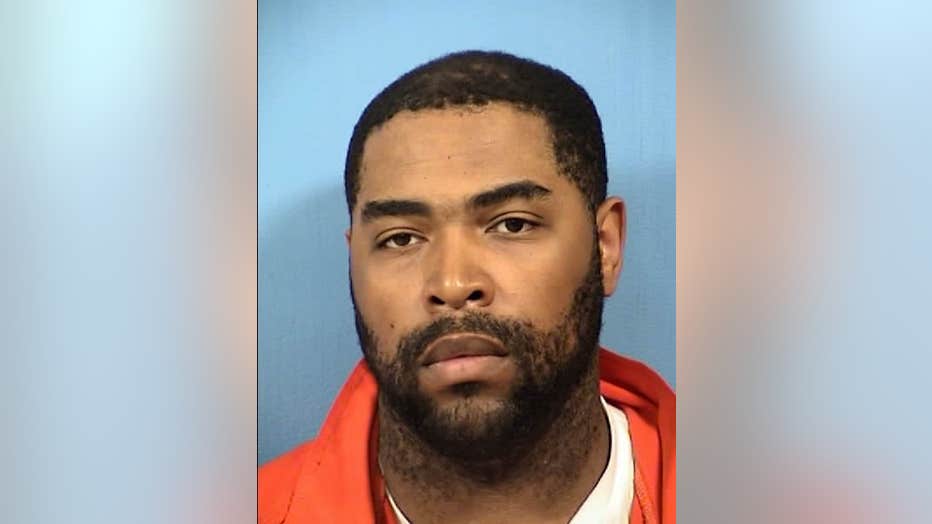 Tillmon turned himself in to the DuPage County Sheriff's Office four days later.

On May 18, 2022, Tillmon was found guilty by Judge John Kinsella of one count of first-degree murder following a five-day-long bench trial. He remained in custody on a $3 million bond since turning himself in on April 25, 2017.

"Anthony Tillmon, in a complete display of disregard for public safety, opened fire during rush hour on a crowded highway and murdered a man he had never met simply because he could not control his anger," DuPage County State’s Attorney Robert Berlin said in a statement. "Truck drivers have an extremely stressful job and for someone to violently take the life of a man who was just trying to make an honest living is inexcusable. This senseless loss of life drastically changed the lives of Eduardo’s family and friends, who are now left with only their memories of Eduardo to see them through their days."

Tillmon will be required to serve 100 percent of his sentence before he is eligible for parole, the state's attorney's office said. He will receive credit for time served in the DuPage County Jail.