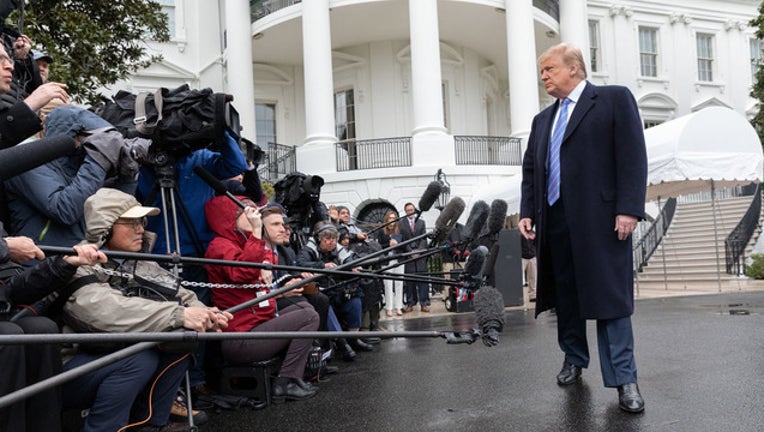 The report is due to be released on Thursday. In the hours before its publication, Attorney General William Barr outlined the findings of the report and repeated Trump's favored phrase, "No collusion."

Trump tweeted moments after Barr concluded, with an image inspired by the HBO show "Game of Thrones."

The image reads "No Collusion" and "No Obstruction" and then taunts Democrats with the phrase "Game Over."

Trump tweeted or retweeted 12 times Thursday morning about the investigation, proclaiming his innocence and insisting that the probe was politically motivated.

Critics said Barr's news conference was designed to frame the findings before the report was released.