As the battle against COVID-19 ramps up this week and Illinois residents are encouraged to stay inside, especially on Tuesday when 70s are in the forecast, the battle between President Donald Trump and Governor JB Pritzker is also heating up.

CHICAGO - As the battle against COVID-19 ramps up this week and Illinois residents are encouraged to stay inside, especially on Tuesday when 70s are in the forecast, the battle between President Donald Trump and Governor JB Pritzker is also heating up.

“Pritzker from Illinois is happy. He may not be happy when he talks to the press, but he's a very happy man,” Trump said.

The war of "words" is more a war of "numbers," according to Governor Pritzker.

“To anyone who wants a response to some of the blame shifting coming out of the White House, all I have to say is, look at the numbers,” the governor said.

The federal government has sent the state 367,000 N95 masks, whereas Pritzker and his team have secured more than 9 million.

The number of surgical masks and gloves supplied by the feds is a far cry from what the governor has been able to order, he says, while competing against other states and countries.

“If we had relied upon the White House and its obligation to fulfill our needs from the SNS, our state and nearly every state in the United States would come up short,” Pritzker said.

The governor says we are in "ok" shape when it comes to ventilators, unless there is a spike in hospitalizations.

That’s one more reason why the state health director is imploring residents to continue to social distance even through the warm weather.

“Please stay home. I assure you if people congregate tomorrow, we will set the state back in our fight against COVID-19,” said Dr. Ngozi Ezike.

“Nobody wants to have police, you know, patrolling the parking lots of churches or synagogues, or mosques to you know, to break people up,” Pritzker said.

How much Personal Protection Equipment (PPE) are we going through in the state? In ten days, healthcare workers used just under 1.5 million N95 masks and 25 million gloves.

There are also another 33 deaths from the disease in Illinois, according to the Illinois Department of Public Health. The state’s death toll is now 307 people.

The virus has now been reported in 73 of the state's 102 counties. The age of cases ranges from younger than one to older than 100 years.

Of the 33 new deaths announced Monday, the youngest is a man in his 30s, while the oldest is a person in their 80s, IDPH said. Twenty-two of the new deaths were in Cook County.

Gov. Pritzker on Friday recommended for the first time that people wear face coverings when venturing outside.

“This virus can be spread through droplets, like when you sneeze or cough,” Pritzker said. “So, blocking that by wearing a mask in public seems like a commonsense way to do what’s right for everyone. The most important thing you could do frankly is stay home.” 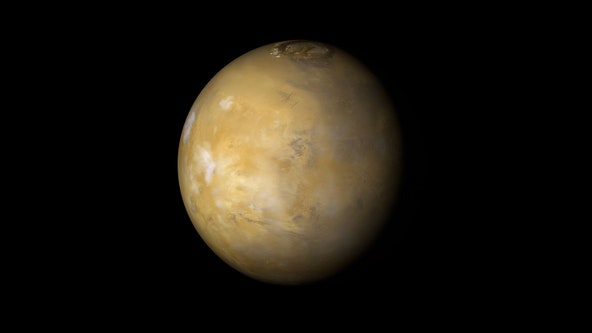