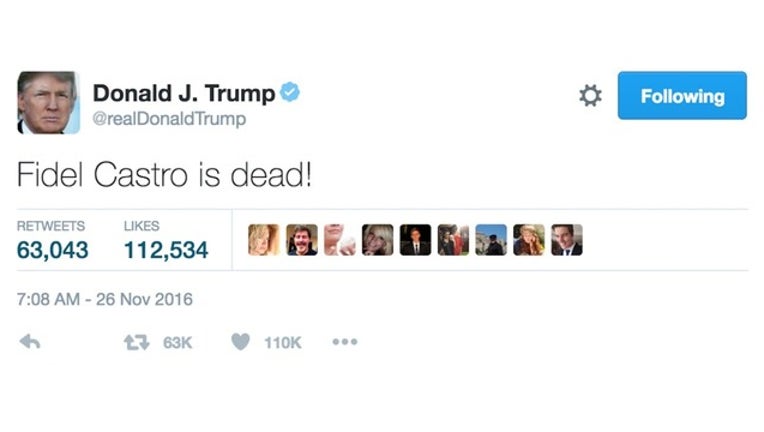 (FoxNews.com) - President-elect Donald Trump said Saturday that the death of Cuba’s Fidel Castro “marks the passing of brutal dictator,” while President Obama argued that ‘history’ will be Castro’s final ‘judge.’

"It is my hope that today marks a move away from the horrors endured for too long and toward a future in which the wonderful Cuban people finally live in the freedom they so richly deserve,” Trump said. “Our administration will do all it can to ensure the Cuban people can finally begin their journey toward prosperity and liberty.”

Obama said that the United States extended "a hand of friendship to the Cuban people" and that "history will record and judge the enormous impact of this singular figure on the people and world around him."

Obama said that in the coming days, Cubans "will recall the past and also look to the future. As they do, the Cuban people must know that they have a friend and partner" in America.