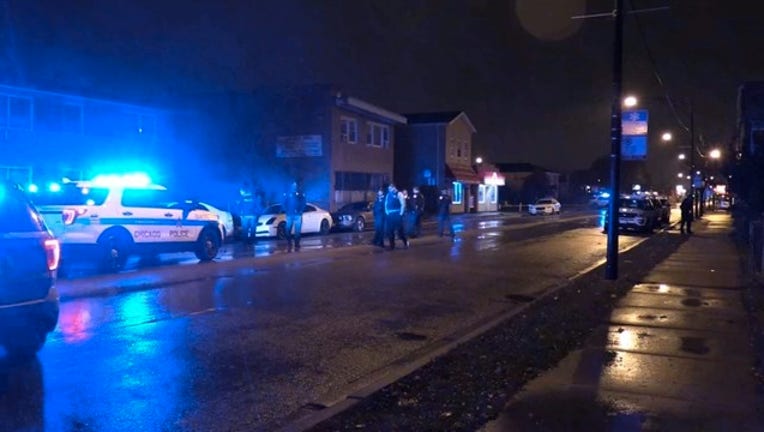 A man was killed and another was wounded in a shooting early Wednesday in Archer Heights, according to police. | Network Video Productions

CHICAGO (Sun-Times Media Wire) - A man was killed and at least nine more people, including a 4-year-old boy, were wounded in shootings Tuesday across the city.

The slaying happened about 5:45 p.m. in the West Garfield Park neighborhood, where a car pulled up to the 20-year-old man in the 3500 block of West Van Buren and someone inside shot him in the head and chest, according to Chicago Police. He was pronounced dead at the scene at 6:08 p.m., according to the Cook County medical examiner’s office. His name has not yet been released, pending notification of his family.

Most recently, a 3-year-old girl was injured by shattered glass and the 4-year-old boy was among three people shot in the Brighton Park neighborhood on the Southwest Side.

The group was at a gas station about 10:45 p.m. in the 3500 block of South California when someone in a dark-colored SUV fired shots in their direction, police said. The boy suffered a graze wound to the left forearm, police said. The girl suffered injuries to her face from shattered glass, but was not struck by gunfire. They were both taken to Stroger Hospital, where their conditions were stabilized. Also, a 17-year-old boy was shot in the back and an 18-year-old man suffered a gunshot wound to the right hand. They were both taken to Mount Sinai Hospital, where the boy was listed in critical condition and the man’s condition was stabilized.

About 6 p.m., a 26-year-old man was shot in the arm and abdomen as he got out of a car in the 8000 block of South Carpenter in the South Side Gresham neighborhood, police said. He was taken in serious condition to Christ Medical Center in Oak Lawn.

Half an hour earlier, a 55-year-old woman was shot in the leg and a 44-year-old man in the back, chest and leg in an Eden Green neighborhood drive-by attack at 5:28 p.m. on the Far South Side, police said. He was taken to Christ in serious condition; she was listed as fair at Roseland Community Hospital.

Just after 4 p.m., a 26-year-old man was shot in the ankle in a gang-related Portage Park neighborhood attack on the Northwest Side, police said. It happened in the 5700 block of West Irving Park Road, and he showed up at Swedish Covenant Hospital, where his condition was stabilized.

About 1:15 p.m., a bullet grazed the back of a 38-year-old man in a West Pullman neighborhood shooting in the 11900 block of South Wallace, police said. He was taken to a hospital in good condition.

Tuesday’s first shooting happened about 12:15 p.m. in the Back of the Yards neighborhood on the South Side, where a 40-year-old man was shot in the leg in the 5400 block of South May, police said. He was in good condition at Stroger Hospital.

Eight people were shot in Chicago on Monday, including a 17-year-old boy who was killed.