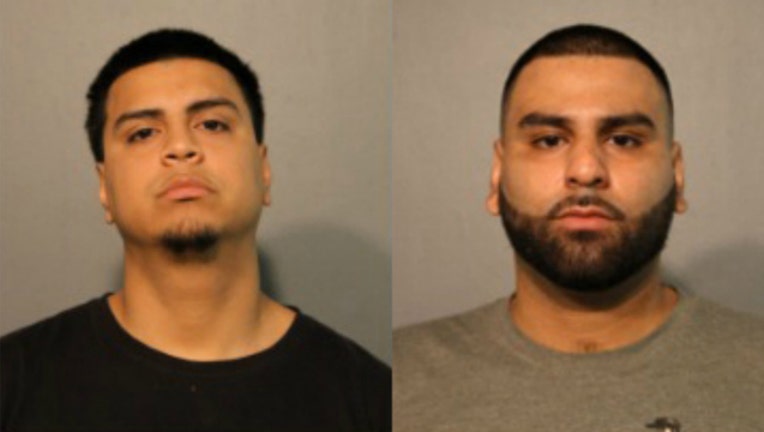 CHICAGO (Sun-Times Media Wire) - Two men have been charged with attacking an off-duty Chicago Police officer Tuesday night in the Wrigleyville neighborhood on the North Side.

The officer saw multiple people pointing at 24-year-old Hector Mendoza and yelling at him to stop about 10:40 p.m. near Grace and Kenmore, according to Chicago Police.

The officer, believing that a robbery had just occurred, tried to detain Mendoza, police said. But while the officer was trying to take Mendoza into custody, he was ambushed by 26-year-old Sergio Hernandez.

The men began to “batter the officer about the body,” police said. The officer fired his weapon at some point during the altercation, but no one was struck by gunfire.

Both suspects were eventually taken into custody.

Further investigation revealed that Mendoza had stolen a female victim’s jacket from inside Wrigley Field, police said. He also used her credit card to purchase items inside the ballpark, then ran away northbound on Kenmore when she tried to get her property back.

Mendoza was ordered held on a $250,000 bond Thursday, according to the Cook County sheriff’s office. His next court date was scheduled for May 17. Court information for Hernandez was not immediately available.