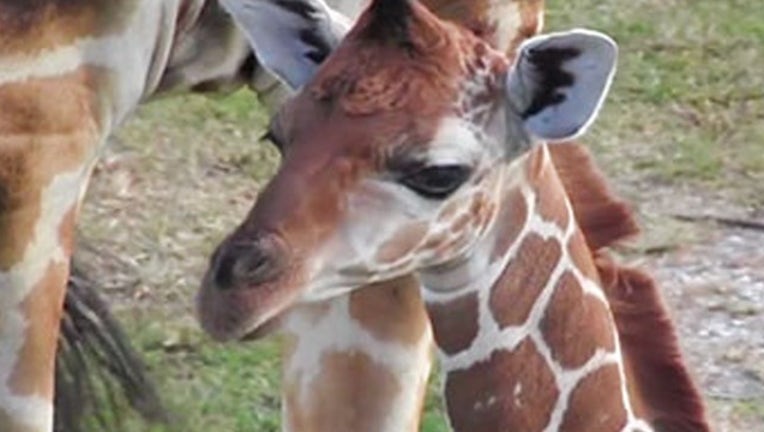 WEST PALM BEACH, Fla. (FOX 35 ORLANDO) - Two giraffes at a south Florida safari died instanteously after being struck by lightning on May 3rd.

According to the Lion Country Safari, two giraffes were struck by lightning and killed in the evening as storms rolled through the area. The two giraffes killed were 10-year-old Lily and 1-year-old Jioni. The safari said that medical examination revealed that the deaths were instantaneous.

The safari also said that giraffes are not normally confined to covered pastures or pens, as naturalistic habitats featuring wide-open spaces are similar to the savannah habitat that giraffes have in the wild. Giraffes are listed as 'vulnerable' on the IUCN Red List of Threatened Species. Two of the subspecies, the African Giraffe and Rothschild's giraffe, are listed as 'endangered.'

Lion County Safari breeds a number of a rare or endangered species, including giraffes, through the Association of Zoos and Aquarium's (AZA) Species Survival Plan. They also continually review their safety and crisis protocol, as staff and animal safety is of the upmost importance to them.

Lion Country Safari is the only drive-through safari in south Florida. They have 320 acres of land and over 1,000 animals.

Lightning can reportedly strike from as far as 10 miles from the center of a thunderstorm, even when there are no clouds overhead.