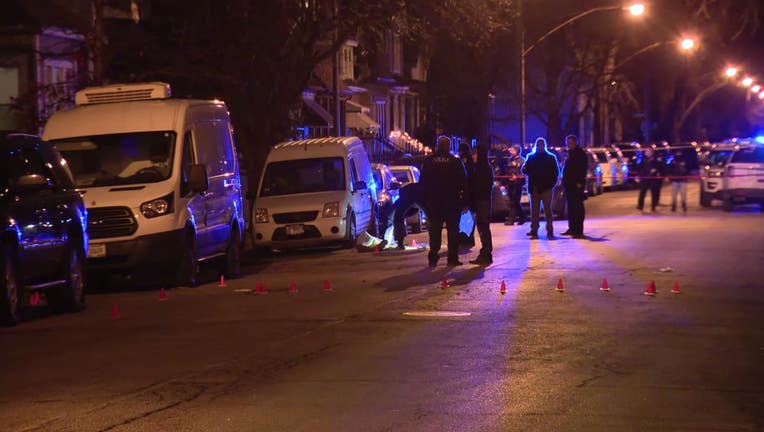 CHICAGO - Two men were killed and two others wounded in a shooting Sunday on the East Side.

About 3:50 p.m., three men, 39, 27 and 20, were standing in the 10000 block of South Avenue M, when an unknown vehicle pulled up and two males jumped out, Chicago police said. Both males pulled out weapons and fired shots at all three men.

The 27-year-old man, who is a valid concealed carry license holder, pulled out his own weapon and returned fire, fatally striking one male, police said. The other male got back into the vehicle and sped off.

The 39-year-old man was struck in the leg and stomach and rushed to University of Chicago Medical Center where be was pronounced dead, police said.

The Cook County medical examiner’s office has not yet identified either man. An autopsy has been scheduled.