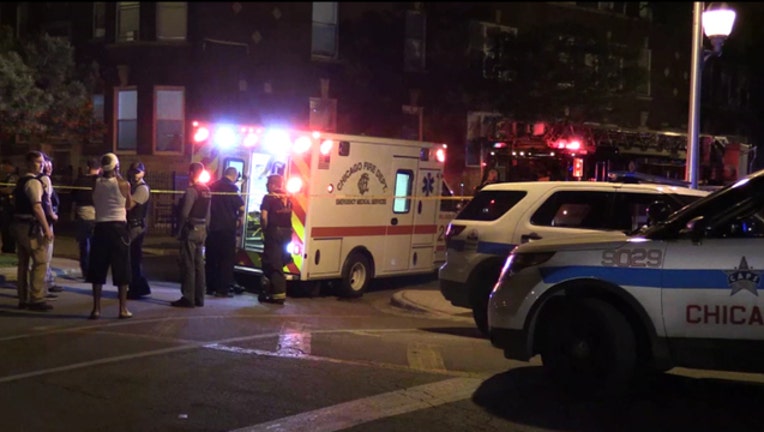 Emergency crews respond to a shooting in the 700 block of North Ada late Thursday. | NVP News

The two were sitting on a porch in the 700 block of North Ada about 11:13 p.m. when someone in a passing vehicle opened fire, police said.

Both were taken to Stroger Hospital, where their conditions stabilized, police said. One man, 40, was shot several times while the other man, 51, suffered a gunshot wound to the face.