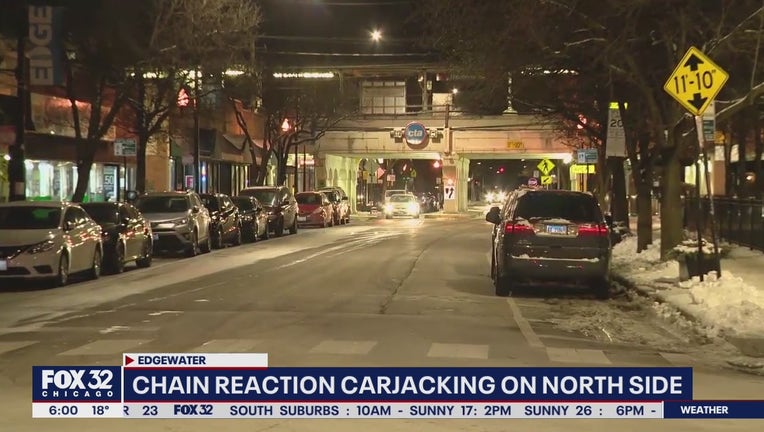 CHICAGO - Two people were carjacked on the same block Thursday night in Edgewater on the North Side.

The men began to drive away in the Volvo when they noticed a white 2011 BMW X5 at a stop sign at the end of the block, police said.

They exited the Volvo and approached the BMW, pointing guns at the 55-year-old woman driving, police said.

The men took her vehicle and fled along with the Honda, leaving the Volvo at the scene, police said.

About 3:25 a.m. Friday, the BMW was found unoccupied in an alley in Lawndale on the West Side.