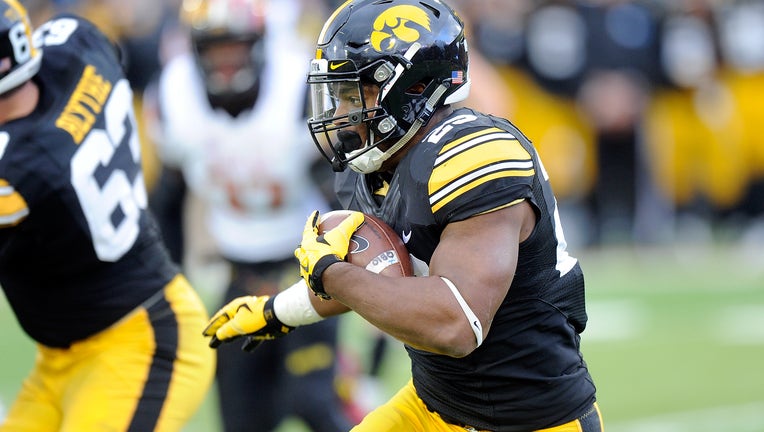 IOWA CITY, Iowa - The University of Iowa said it would not pay a demand from eight Black former football players for $20 million in compensation for alleged racial discrimination they faced playeingfor the Hawkeyes.

The university general counsel's office released its response Sunday to a 21-page certified letter dated Oct. 5 from civil rights attorney Damario Solomon-Simmons of Tulsa, Oklahoma, who is representing the players.

Solomon-Simmons' letter said if the demands are not met by Monday, the former players are prepared to file a lawsuit seeking damages for the unlawful mistreatment they said they endured. Solomon-Simmons did not immediate respond to a message from The Associated Press seeking comment.

COLIN KAEPERNICK CALLS FOR ABOLISHMENT OF POLICE AND PRISONS

University President Bruce Harreld said in a statement the school appreciated the former players sharing insights on their experiences and that many of their concerns have been reviewed and addressed.

"There are several demands outlined in the letter and we are proud of the efforts made to date," Harreld said. "We have a path forward that includes ideas and recommendations from many current and former students aimed at making the University of Iowa a more inclusive and better place to learn, grow and compete as an athlete. However, the university rejects the demands for money and personnel changes."

The university in June hired the Husch Blackwell law firm to review the football program after dozens of former players, most of them Black, spoke out on social media to allege racial disparities and mistreatment.  Their activism came as protests against racial injustice swept the nation following the death of George Floyd and after attempts to raise concerns inside the program resulted in only minor changes.

The athletic department cut ties with longtime strength and conditioning coach Chris Doyle, who received $1.1 million in a severance agreement. Several players had accused Doyle of using racial slurs when addressing them, an allegation he denied. Brian Ferentz, the son of Kirk Ferentz, also was alleged to have been abusive to players.

The review, which included interviews with 111 current and former players and employees, found the cultural problems were systemic.

The report said many Black players did not feel welcome or supported in the program. Players reported that they were long not allowed to wear "do-rags," tank tops, earrings or other jewelry in the football building and were discouraged from getting tattoos or having certain hair styles. Black players said they felt singled out, isolated and forced to suppress their personalities.

Ferentz eliminated rules on jewelry and hats and instructed his staff not to critique hair styles or tattoos last year after an athletic department review raised racial bias concerns.

Solomon-Simmons' letter asked the university to make a payment of $10 million "for the loss of earning capacity, loss of professional opportunities, defamation, pain and suffering, mental conditions, mental anguish, PTSD, humiliation, and overall emotional distress that our clients have incurred."
In addition, the letter asked for $10 million to set up a fund established for athletes, not including the eight former football payers, to compensate them "for the discrimination and ongoing severe and pervasive acts that constitute intentional discrimination where Defendants intended to treat African-American differently."
Also requested, among other things: attorney's fees, mandatory annual anti-racist training for all athletic department staff, the creation of a permanent Senior Black Male Administrator position and tuition waivers for Black athletes who attended Iowa during Ferentz's 22 years and did not graduate.
Carroll Reasoner, UI vice president for legal affairs and general counsel, wrote in her response to Solomon-Simmons that steps have been taken to create a better environment for Black athletes.
Reasoner pointed out that Broderick Binns, a Black former Iowa football player, was recently named director of Diversity, Equity and Inclusion in athletics. Reasoner also said former player David Porter, who is Black, heads an an advisory committee "to improve the football climate" and that coaches and staff receive training on diversity issues.