CHICAGO - An Uber driver is being hailed as a hero this morning after helping victims of a shooting that took place Bronzeville. He turned his car into an ambulance to get them to the hospital as soon as possible.

The hero told his story only to FOX 32.

Michael Bussan said he knew there was no time to waste and he had to get to these two wounded men in the back of his car.

The shooting happened before midnight, but Wednesday morning Bussan was still cleaning the blood from his car.

Bussan had dropped off some customers on the South Side when he saw the crash and people gathered around.

He saw two men hurt and one hopped over to his car. He got both of them into his car and drove them to the hospital. 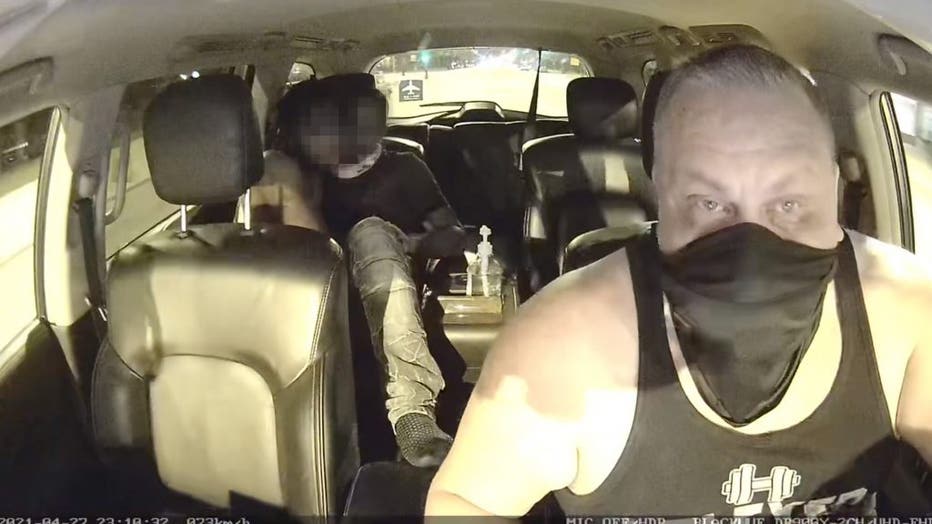 Uber driver Michael Bussan rushed a gunshot victim to a hospital Tuesday night as the victim’s brother applied pressure to the wound with his shirt. | Provided

Chicago police say that earlier those men were driving near 29th Street and Indiana Avenue when someone shot them. The wounded driver continued to the South Loop where his car crashed that's where Bussan came upon the scene and picked them up.

One of the men suffered multiple gunshot wounds.

"I was crying because I've seen him," Bussan said. "I saw him going out in the video where he was passing out, and the brother jumped over my seat from this side to the other side and started shaking him like, ‘You gotta stay awake. You gotta stay awake, bro’ because they're related. They're brothers. And then he called his mom who's a nurse, and he's like, ‘What can I do? I don't know what to do.’"

He then began applying pressure to his brother's wounds.

"He took off his shirt, and he covered his brother who was screaming because he's covering the bullet wounds with his shirt, trying to stop the blood from coming out, and I just started picking up speed. At least 100 on Columbus, and then they got him over here," Bussan said.

Bussan was pretty shaken up by this incident. He was especially upset because when he arrived at the scene, other people weren't helping. They instead were videotaping with their phones.

"It's so stupid that a hashtag, that people trying to get likes and people trying to get shares are like, 'Look what I got today, this car got into an accident,' That's more important than a human being's life? This kid almost lost his life. He collapsed going into the hospital," Bussan said.

Bussan said he will have a lot of costs to replace the interior of his car but he seems more concerned about the well-being of these two men.

The driver, who was wounded in the leg, is in fair condition and the other man, who was shot multiple times, is in critical condition.