A University of Chicago graduate who was shot and killed near the school campus on Tuesday has been identified.

CHICAGO - A University of Chicago graduate who was shot and killed near the school campus on Tuesday has been identified.

On Wednesday, the Cook County Medical Examiner identified the victim as 24-year-old Shaoxiong Zheng of the 5400 block of S. Ingleside Avenue in the Hyde Park neighborhood.

Police say Zheng was on the sidewalk in the 900 block of East 54th Street when a dark-colored car pulled up and a gunman got out shortly before 2 p.m.

Witnesses told officers he appeared to struggle with the robber and a shot went off. Zheng was taken to the University of Chicago Medical Center down the street, where he was pronounced dead. 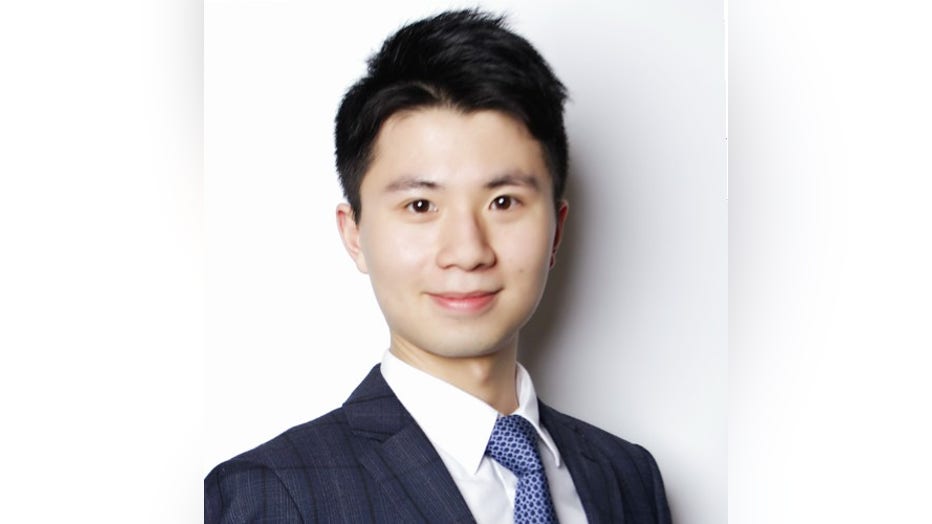 Police said the robber got back in the car and fled west on 54th Place. No arrests have been made.

The university released a statement saying it has immediately began increasing patrols near the campus, and encourages students and faculty to remain alert.

Zheng hadn’t been in Chicago long, but his murder has resonated across a city facing its second straight year of rising violence.

The University of Chicago, where "a bright and talented" Zheng recently got his master’s in statistics, called on the mayor and police superintendent to treat violence as a "public health crisis."

Members of the City Council from the Hyde Park area said a state of emergency exists and a summit needs to be held to figure out "how we triage neighborhoods."

Cook County Board President Toni Preckwinkle, who lives in Hyde Park, asked, "When is enough, enough?" and called for "an immediate and urgent response to the violence."

By the end of the day, Mayor Lori Lightfoot — who beat Preckwinkle for the office — promised to meet with police brass and community leaders "to determine concrete, tangible measures [that] can be taken to prevent tragedies such as these in the future."

No one offered details, though the university said "we will share specifics soon" after further talks with City Hall and others.

But the violence has stubbornly stayed high.

There have been at least 698 homicides this year compared to 680 this time last year. At this point in 2019, the city had seen just 442 homicides.

In Hyde Park, there were no murders by this time last year but there have been five this year, according to police to police statistics.

"The five murders in Hyde Park this year are shocking and demand action, but we also must not lose sight of the fact that there are many other neighborhoods in the city that year after year suffer many more homicides and shootings — and that too should be shocking," said Roseanna Ander, executive director of the University of Chicago Crime Lab and Education Lab.

"I do hope that the tragedies and the loss of life in Hyde Park help to galvanize an unprecedented effort and a commitment to finding solutions not only in Hyde Park but in every corner of our city," she added.

"He was motivated, independent, and intellectually curious," said Mei Wang, director of the statistics master’s program. "He aspired to be a data scientist who could solve important problems facing our society, and who could help people to help more people."

Professor Dan Nicolae said Zheng "was not only a promising scholar but also a wonderful person, always willing to help other students. He will be missed by all who knew him."

Xi Cheng, who knew Zheng for six months, remembered him as a "really positive, nice person." The two became friends after they were connected on WeChat, a Chinese instant message and social media app, and donated clothes to Goodwill.

"I can feel he loves Chicago so much," Cheng said. "I can feel he really enjoyed here and loves this [city] so it’s really tragic to hear."

Cheng, 22, choked up as she recalled Zheng and his love for sports, especially table tennis, and photography. "May he rest in peace."

U. of C. staff members, students and friends of Zheng — many of them holding bouquets of flowers — stopped by a memorial in the 1000 block of East 54th street Wednesday evening.

Some lit candles that flickered in the night breeze, others wrote messages to Zheng on white poster boards held down with rocks. One poster read, "Stop gun violence."

Two university staff members, who did not want to be named, stuck signs in the ground that read, "Justice for innocent" and "Innocent cannot die in vain!"

"We feel this is really, really probably the worst year for U of Chicago," one of the women said, noting three students have been gunned down in the last year. "We feel we have to do something, you just cannot let it go on forever."

‘This is a crisis’

In a statement released Wednesday evening, Lightfoot said detectives were "hard at work on the case and are pursuing a number of leads." She didn’t say what they were or if an arrest was imminent.

Lightfoot said she had "several detailed discussions" with the U. of C. president Paul Alivisatos. While they work out longer-range plans, the mayor said patrols by campus police and Chicago police will be increased on the campus and around Hyde Park.

"In the longer term, the city will continue engaging local community members, aldermen, and other involved stakeholders to gather feedback and recommendations on enhancing other public safety measures throughout the Hyde Park and Kenwood communities," Lightfoot said.

Neither she nor Alivisatos would say what those measures might be, though the school president said they will include "working with our neighbors [and] calling on our university community’s academic and policy expertise."

Ald. Sophia King (4th) and Ald. Leslie Hairston (5th) said a summit on Chicago violence needs to be held as soon as possible.

"This is a state of an emergency and this is a crisis," she added.

Preckwinkle made a similar call. But like the council members and the mayor, she mentioned no specific measures to reduce the city’s chronic violence.

"We need an immediate and urgent response to the violence as well as a long-term plan to address those root causes of violence," she said, promising to reach out "to relevant stakeholders to bring everyone together and establish real world results."