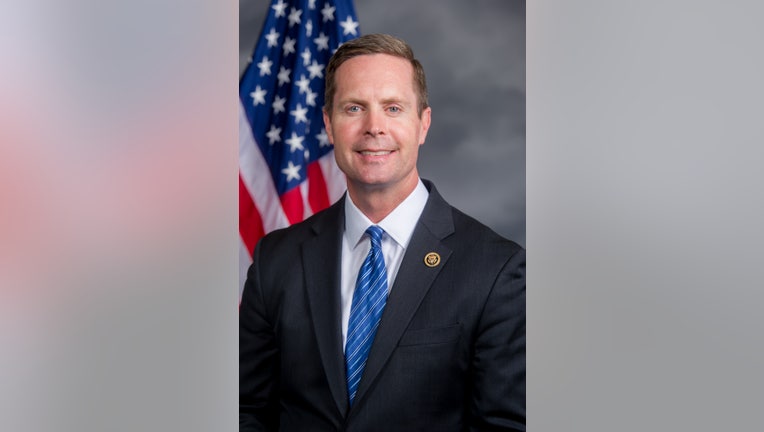 SPRINGFIELD, Ill. - A 64-year-old Army veteran has been charged in federal court with making a threatening communication against an Illinois congressman.

Randall E. Tarr, of Rochester, Illinois, is accused leaving a voicemail message at U.S. Rep. Rodney Davis' office on Nov. 25 threatening to shoot him. Tarr was released on his own recognizance Friday.

Contacted at his home Friday, Tarr said he saw a television ad in which Davis, a Republican from Taylorville, claimed that Ukraine, not Russia, was responsible for meddling in the 2016 U.S. elections, and it angered him enough to call.

“I said I had been a sharpshooter in the Army. I didn’t realize I said anything about shooting him. I might have. I don’t even own a weapon,” Tarr told The Associated Press. “I wish I could just take it all back and just say he’s a lousy (expletive) for backing the Russian theory.”

According to an affidavit filed in support of the criminal complaint, a profanity-laced voicemail was left at Davis' Decatur office in which the caller berated Davis for “backing the Russians over our own intelligence” and adding, “I'm a sharpshooter. I could, I'd like to shoot your (expletive) head off.”

The message was forwarded to the U.S. Capitol Police, who contacted the Rochester Police Department and asked officers to locate Tarr, identified through caller ID.

They found him at his residence and recorded that he owned no firearms. Rochester is 210 miles (338 kilometers) southwest of Chicago.

FBI agents interviewed Tarr the next day and contend that he admitted making the call because the commercial angered him.

“I screwed up,” Tarr said. “I don't even have a weapon to do it, is the silliest thing."

He next appears in court Dec. 17 to face one count of communication of a threat to injure a person, punishable by up to five years in prison, and one count of making a threat to a federal official, which brings a maximum term of up to 10 years in prison, according to a statement from the U.S. attorney's office for the central district of Illinois.

Davis was on a ball field practicing with the congressional baseball team Alexandria, Virginia, on June 24, 2017, when a man from Illinois opened fire on the players, seriously wounding House Majority Whip Steve Scalise of Louisiana and three others.