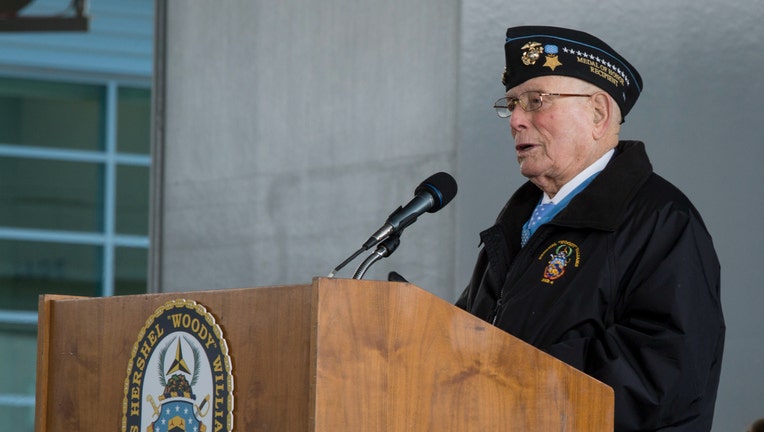 NORFOLK, Va. - A 96-year-old war hero looked on as military officials commissioned a U.S. Navy warship in honor of the veteran, the last surviving Medal of Honor recipient from the Battle of Iwo Jima.

The USS Williams is an Expeditionary Sea Base ship that was built and launched in 2017. With its commissioning, the vessel's designation changed from a support ship to a warship, and command transferred from the Military Sealift Command to Naval Surface Force Atlantic.

Williams described the commissioning as "a moment in history that is beyond my comprehension."

"May all those who serve aboard this ship that bears my name be safe and proud. May she have God's blessings for a long life of service to America, the greatest country on Earth," he said.

U.S. Sen. Joe Manchin delivered the principal address at Saturday's ceremony, praising his fellow West Virginian as "West Virginia strong through and through."

"I have never had a more prestigious honor to be able to be here with a person who is truly an American hero," Manchin said.

"This ship, by design, is intended to go over the horizon and into harm's way and I am confident they will do so, combat ready and battle-minded," Kitchener said.