Tyler James Martinez, 31, can be seen on video wearing a light gray camouflage hoodie and walking outside of Departures, down the sidewalk and getting onto an airport shuttle bus. 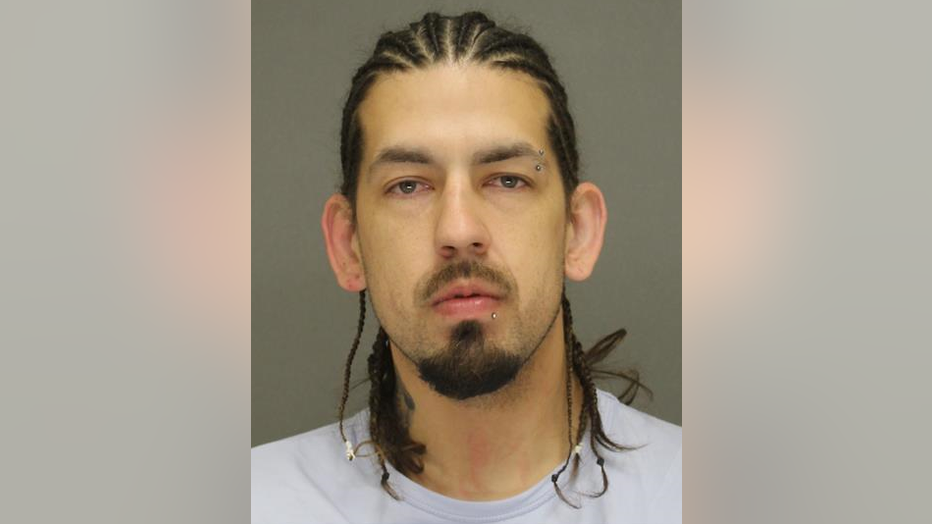 Tyler James Martinez escaped from custody while being transported from California back to Brown County, Wisconsin, the sheriff's office said. He was wanted for questioning regarding multiple burglaries.

The sheriff's office said Martinez has a number of active felony warrants out for his arrest in Brown County. These included bail jumping, possession of cocaine, methamphetamine, narcotic drugs, stolen car, failure to appear in court and criminal damage to property, among others.

He was taken into custody in California, before escaping police at O'Hare. Police have not stated how Martinez escaped custody.