School officials held a vigil Wednesday for a 5-year-old boy killed in a Cicero fire Tuesday that also claimed the life of his grandfather.

CICERO, Ill. - School officials held a vigil Wednesday for a 5-year-old boy who was killed in a Cicero fire Tuesday that also claimed the life of his grandfather.

David and his grandfather, David Castellanos, died in a fire that broke out just after midnight Tuesday at a home in the 4700 block of West 12th Place, according to the Cicero Fire Department and the Cook County medical examiner’s office.

Crews found their bodies in a second-floor unit, officials said. At least four residents were displaced due to the fire. 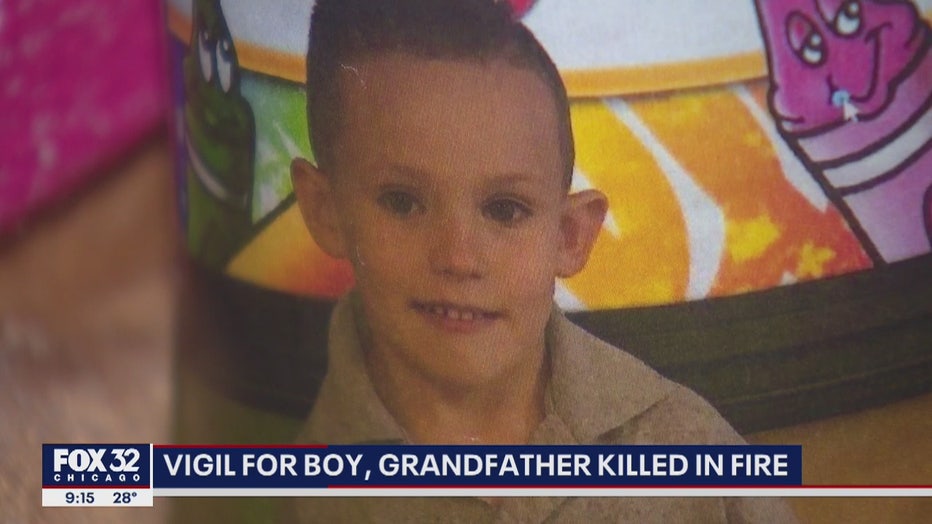 Autopsies conducted Wednesday did not rule on the cause and manner of death for either victim pending the ongoing fire investigation, according to the medical examiner’s office.

“This was a very difficult fire,” Cicero Fire Chief Dominic Buscemi said in a statement.

“Our firefighters fought through the flames to get to the upstairs bedroom where we believed a man and a child and possibly others were located but we couldn’t save them,” Buscemi said.

“The child had a faint pulse but died at the scene. The grandfather was deceased in the burning structure and we were able to recover his body,” he said.

One firefighter was taken to MacNeal Hospital with minor injuries, officials said.

The exact cause of the fire was still undetermined Wednesday, but investigators ruled out foul play and narrowed it down to either an electrical or mechanical issue, according to Hanania. An electrical engineer will re-examine the evidence as the investigation continues.

Strong wind conditions are believed to have played a role in increasing the strength and size of the flames, officials said.