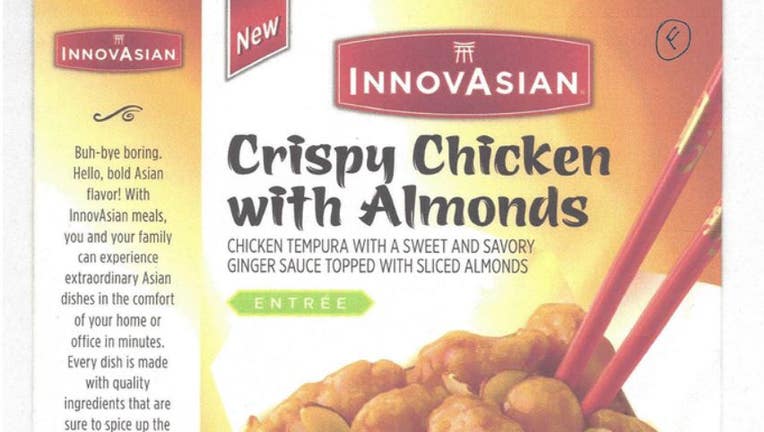 More than 6,000 pounds of chicken products sold at Walmart stores nationwide are being recalled due to mislabeling and an undeclared allergen, health officials say.

The recall was issued after a customer complained that they found shrimp in their product, although it had been labeled as a Crispy Chicken with Almonds entrée.

Shrimp, which is a common shellfish allergen, was "not declared on the product label," according to health officials.

Shellfish, according to the Centers for Disease Control and Prevention (CDC), is one of eight food groups that account for the most serious allergic reactions in the U.S.

The nation's largest retailer posted a full, 23-page list of all the affected stores on its website.

How car recalls get reported

To date, there have been no reports of any adverse reactions to the recalled products. Still, consumers who are concerned about any injuries or illnesses are told to contact a healthcare provider, the recall notice said.

Consumers are also instructed to throw out or return the products. Retailers are being told not to sell them, either.