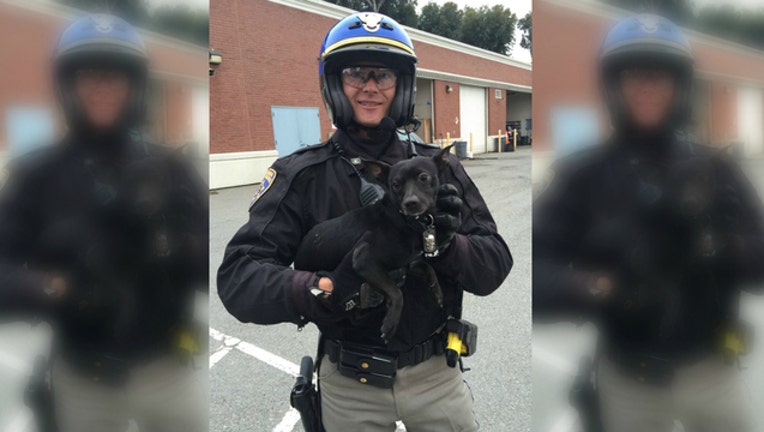 FOX NEWS - A Chihuahua got loose on the San Francisco–Oakland Bay Bridge Sunday, but luckily California Highway Patrol officers were hot on his tail.

In videos posted to the Highway Patrol's Twitter account, a motorcycle officer can be seen pursuing the little black dog as it frantically runs westbound on the bridge.

After about four attempts, the elusive pooch was nabbed, according to the CHP, which posted in a tongue-in-cheek tweet that the “suspect” was “taken into custody.”

A spokeswoman for the city’s Department of Animal Care and Control said the dog wore a tag decorated with a human skull, but it had no identification.