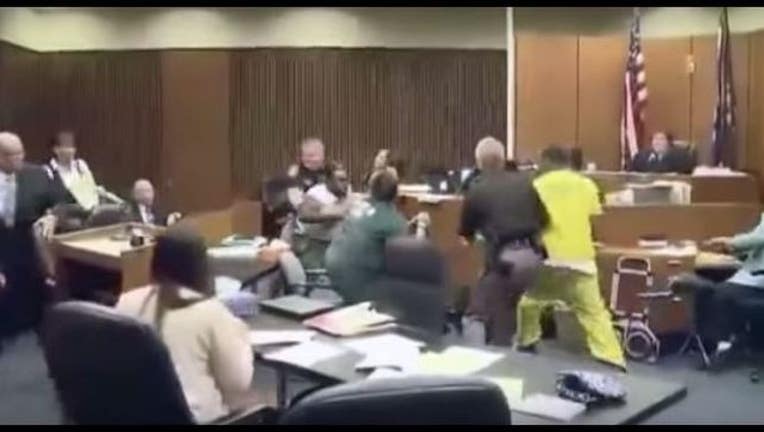 Dwayne Smith was in the Michigan courtroom to give a victim impact statement during the sentencing of his daughter’s mother Jasmine Gordon and Gordon’s boyfriend Clifford Thomas. Both Gordon and Thomas were convicted of involuntary manslaughter in connection with 3-year-old Jamila Smith’s death.

Smith punched Thomas in the head before deputies separated the two men.

Thomas was babysitting Jamila in September 2014 while Gordon was at work. Jamila was taken to the hospital with blunt force trauma injuries and pronounced dead on arrival.