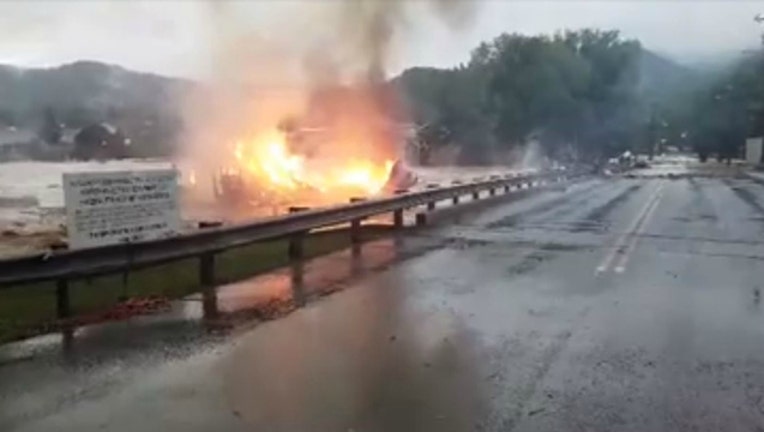 FOX NEWS - A scene as if from a nightmare was caught on video during West Virginia's deadly flash flooding disaster.

As Amanda Carper and her family were stranded at Howard's Creek in White Sulphur Springs Thursday evening, she filmed a house - in flames - being swept away by the waters.

Carper later wrote on Facebook that the family made it safely to a friend's house.

At least 20 people have died in what officials describe as the worst flooding in the state in 100 years.

The governor declared a state of emergency in 44 of 54 counties and authorized up to 500 soldiers to conduct search and rescues. National Guard troops and FEMA officials are also joining the effort.