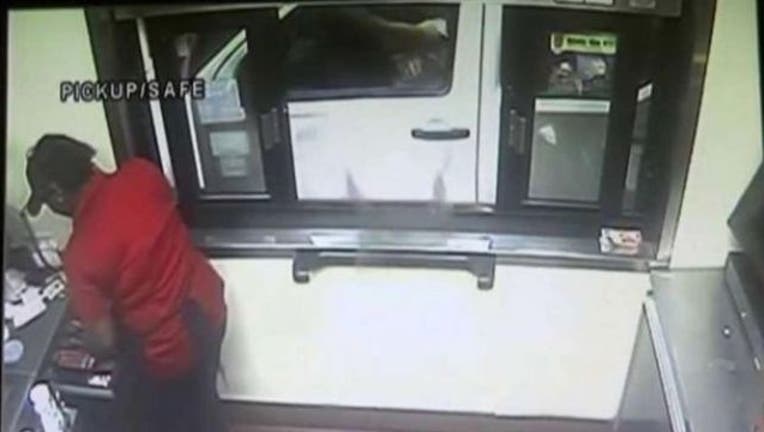 In the video, Jupiter, Fla. resident Joshua James can be seen paying for his drink order around 1:30 AM, then, as the female cashier turns her back to the customer to get change, James is seen tossing a blurry object through the drive-thru window and quickly driving away. That object was a 3.5 foot alligator James later claimed to have found on the side of the road, according to Florida Fish Wildlife and Conservation officials.

The Wendy’s employee first appears to be smiling at the reptile but soon gets spooked and moves to the ledge of drive-thru window before hurling herself outside.

The surveillance footage from Wendy’s was provided to The Smoking Gun in response to a Freedom of Information Act request filed with Florida prosecutors.